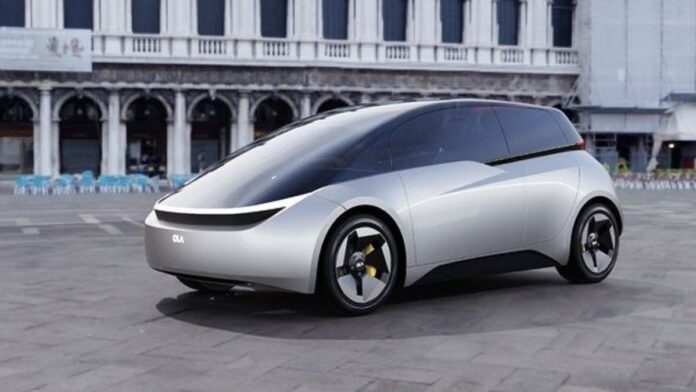 Ola Electric made news last year when it launched its electric scooters, the S1 and S1 Pro, and it now plans to expand internationally. By 2025, the company plans to enter the UK electric vehicle market. A recent Autocar UK report clarifies the situation.

According to the source, Ola plans to launch a new inexpensive electric scooter and an electric automobile in the next three years, in addition to its current S1 premium e-scooter. These three versions will be available in the United Kingdom as well as other countries. In the long run, the company has some fascinating aspirations, including more electric four-wheelers.

Ola Electric plans to invest £100 million (about INR 981 crore) at its Warwickshire plant in England over the next five years, which will employ around 200 automotive designers and engineers. It’s also worth noting that the electric vehicle maker opened a technical center in Coventry, England, in January of this year.

Ola is unlikely to go for the low-end of the British EV market. “We’ve found that as long as you deliver the appropriate value to customers, they’re prepared to provide the correct pricing, which may not be the lowest price,” said Varun Dubey, Chief Marketing Officer at Ola Electric.

“The rest of the world moves on two wheels outside of North America.” However, the future of electric mobility will not be homogeneous. You might have a two-wheeler, a car, or both, or you might utilise a ride-hailing [service] on occasion,” he continued. Ola Electric stated its intention to go international in 2022, with a focus on Europe, back in 2021.

It should be noted that Ola Electric has been receiving a lot of negative feedback from its Indian clients on social media. Many users have used to social media to express their dissatisfaction with their Ola scooters, posting videos and photos of the problem. Battery troubles and scooters driving in reverse at random are two common complaints cited by owners. Many people are now concerned about the lack of a traditional banking system.

Meet the Thundertruck, an All-Electric 800 HP 4×4 Concept With ‘Bat…