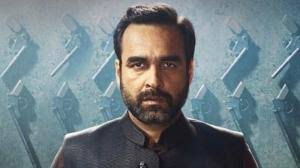 Pankaj Tripathi is an Indian actor who has gained name, fame and popularity in recent times. He is well known for his simple lifestyle but has a small but great collection of cars. Pankaj Tripathi’s car collection includes 2 Mercedes and a Toyota SUV.

Pankaj Tripathi is an Indian actor who appears in Hindi films. He debuted back in 2004. Initially, he used to get small roles and was not appreciated according to his efforts and talent.

The breakthrough came in the year 2012 for his role in gangs of wasseypur film series. Since then he worked in 60 films and 60 television shows. Tripathi has now a huge fan base after his hit films like fukrey, Newton, Fukrey returns, stree and web series Mirzapur season 1 and 2, criminal justice season 1 and 2. Pankaj Tripathi earned many awards including the prestigious National film award. He has an estimated net worth of 5 million$ or Rs 36 core.

This Mercedes send a has 9-speed Automatic transmission and a fuel tank capacity of 80 litres. It comes with an electrically adjustable sunroof and is available in 6 colour options. This 5 seater Mercedes sedan has a top seed of 240 kph and takes 6.6 seconds to reach from 0-100 km.

This one of the most famous SUVs in the Indian market famous for its dashing and sporty looks. Toyota Fortuner costs around $ 54,900 or Rs 36.88 lakh. It comes with 2.8 litres 4 cylinder diesel engine which generates 167Bhp of horsepower and a max torque of 420 Nm. It comes with 6-speed automatic transmission.

This Toyota comes in 3 driving modes- Eco, Normal and Sport and is available in 7 colour options. This 7 seater SUV has a fuel tank capacity of 80 litres. It takes 11.21 seconds to reach from 0-100 Kmph and has a top speed of 176 Kmph.

This is another SUV in tripathi’s garage which is the most recent buy of his collection. This Mercedes costs around $ 57,480 or Rs 60.91 lakh and comes with a 3498 cc petrol engine which generates 275 bhp.

This 5 seater SUV comes with automatic transmission and has a mileage of 10 Kmpl (ARAI). It also has a sunroof option available and has a top speed of 225 Kmph and takes 8.4 seconds to reach from 0-100 Kmph.