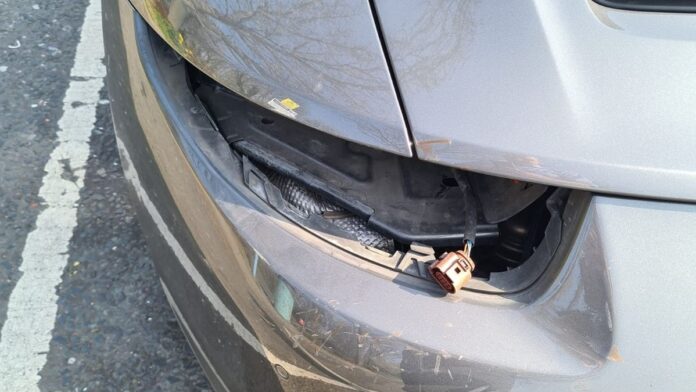 A Porsche 991 owner used Facebook to relate his story about losing one of his sportscar’s taillights while travelling on the highway. The occurrence happened for no obvious cause, and numerous other Porsche owners have complained about similar incidents with their 991s.

Craig Swallow shared a photo of the aftermath on the Porsche 991 Enthusiasts Facebook page. He said he was travelling along the A1 motorway in Yorkshire, United Kingdom, when he noticed a warning light on the dashboard telling him to check the back light. When he came to a halt, he saw that the entire lighting unit had vanished.

The damage to the bumper, which will almost certainly require repainting, indicates that the item was hanging out and bouncing up and down before entirely detaching and creating a hole.

“How on earth can this happen?” the perplexed owner pondered, asking other members of the group whether they had seen anything similar. His article drew 47 responses, with the majority claiming that this is a regular problem with early 911s from the 991 generation. The pre-facelift Porsche 991 was produced from 2011 to 2016, with the revised 991.2 receiving reworked taillights that are closer to the current 992’s thin light bar.

Some 991 owners reported losing both taillights, while others discovered them hanging out of the casing. They all claimed that the taillights fell off owing to a broken plastic lug that held them together. After the 2013 model year, Porsche modified the taillight mounting system in the 991, adding a metal component to hold it together even if the plastic splits, melts, or breaks, according to testimony. We found a similar topic at Rennlist Forum, which was started by an owner who had lost both taillights during a track day. A forum user shared a photo of the taillight assembly, demonstrating the extra metal element that effectively prevents the damage in later model-year vehicles.

Trending Now:  Why is Volkswagen Not Launching the New Polo in India?

Leaving aside any design issues, others allege that the taillight falling off is due to poor maintenance practises. In several cases, the plastic lugs had already fractured, indicating that the taillight had been reinstalled with overtightened screws. If we were driving a pre-2013 991 model, we’d double-check both of our taillight mounts just to be sure we didn’t loose them down the road. Surprisingly, one owner said that he nearly lost a headlight while driving at moderate speeds, catching it swinging from the car.

Lights coming off is not something you’d expect from a contemporary car, especially one with the price tag of a Porsche. It’s particularly stranger that it comes from a Porsche, given that the German carmaker is consistently recognised for dependability and customer satisfaction in independent surveys, and the 911 is regarded as one of the world’s most trustworthy sportscars.