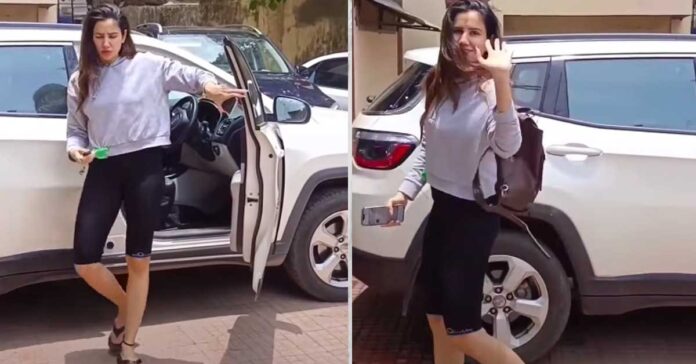 Sonali Seygak, who starred in the 2011 popular film Pyaar Ka Panchnama, was caught in this latest video with her Jeep Compass. A lot of followers are interested in Bollywood actors and their expensive automobiles. People in India are captivated by the larger-than-life image of Bollywood and cricket stars. This brief video clip provides an insight into the life of Sonali Seygak, who has been in numerous films since then.

The actress is seen exiting the SUV in the YouTube Shorts video. According to the video’s description, she is either returning to or attending Pilates courses. She is dressed casually and poses for the camera after taking her backpack out. Jeep Compass is a luxury mid-size SUV that has a large following in our country. Notably, the higher versions of the SUV are designed for off-roading and include a slew of off-road features, including a 4×4 transmission. Recognizing the Compass’s popularity, Jeep has also produced the Meridian, a 7-seat sibling.

The Jeep Compass is available with both diesel and gasoline engines. The gasoline engine is a 1.4-liter turbocharged unit with 160 horsepower and 250 Nm of peak power and torque. The diesel, on the other hand, is powered by a 2.0-liter engine that produces 168 horsepower and 350 Nm of peak power and torque. Both of these engines were available with either a 6-speed manual or a 7-speed DCT transmission. Only the diesel engine is available with the 4-drive arrangement. Ex-showroom prices for the Compass start at Rs 18.39 lakh and go up to Rs 29.94 lakh.

Jeep Compass is one of our market’s most popular SUVs. However, it was never as popular as the American carmaker had hoped. Nonetheless, Jeep has been working hard to establish itself in India, with the introduction of the Meridian and the local production of the Wrangler Rubicon SUV. This is a clear long-term strategy. Localization has allowed the Wrangler to be significantly cheaper than the CBU model.