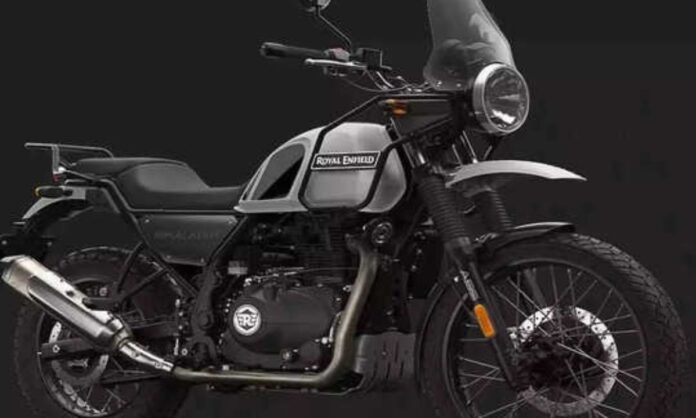 The Royal Enfield Himalayan 450 has been tested for a long time, and we’ve seen several test mules. According to the most recent series of spy photos, the bike will sport a big single pod circular instrument panel. As you may be aware, the current Himalayan 411 has an analogue speedometer with a small LCD display, as well as a small analogue tachometer, fuel metre, digital compass, and a circular Tripper navigation screen. The bike also has a redesigned instrument cluster that is angled toward the rider.

The RE Himalayan 450’s engine specifications are yet to be released. It will most likely be powered by a 450cc engine producing close to 30hbp and 40Nm of torque. It might be the first Royal Enfield motorbike with a liquid-cooled engine and a bolt-on subframe to support the double-cradle frame. According to the spy photos, the bike may sport Showa’s USD fork suspension at the front axle and a monoshock unit at the back. A 6-speed gearbox will handle transmission tasks.

The front and rear disc brakes on the new Himalayan 450 will provide braking power. It will be equipped with dual-channel ABS (anti-lock braking system). The bike might have 21-inch front and 17-inch rear wheels. It will have the same dimensions as its 400cc sister, namely 2190mm long, 840mm width, and 1360mm height.

The firm has not yet specified a debut date. According to sources, the new Royal Enfield Himalayan 450 will make its debut in the second half of 2023. It will compete with adventure bikes like the KTM 390 Adventure and the BMW 310 GS. It will also compete with the new Hero 450 ADV and Yezdi motorcycle. In terms of pricing, the RE Himalayan 450 is likely to cost roughly Rs 2.8 lakh (ex-showroom).

More information about the Royal Enfield Himalayan 450 is expected to be released in the near future. Keep an eye on IndiaCarNews.