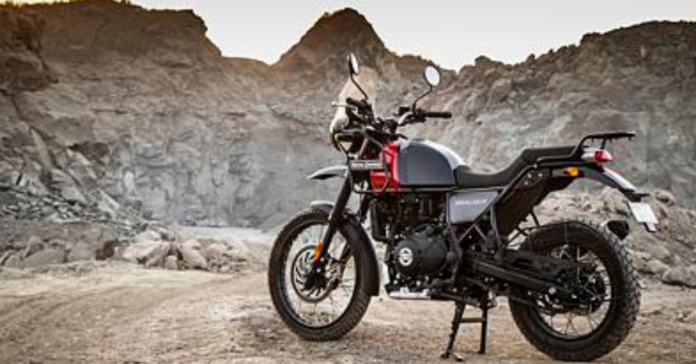 Powering the Royal Enfield Himalayan is a 411cc air/oil-cooled, BS6 motor that makes 24.3bhp at 6,500rpm and 32Nm at 4,500rpm. The engine is coupled to a five-speed gearbox. The ADV gets a fuel tank capacity of 15 litres, while it tips the weighing scales at 199kg. The Himalayan comes equipped with disc brakes at both ends, while the safety net includes dual-channel ABS as a standard fitment.

The Royal Enfield Himalayan also benefits from the Tripper Navigation system, powered by Google Maps. Besides turn-by-turn navigation, the semi-digital instrument cluster here remains unchanged, and it shows a plethora of rider information. Meanwhile, on the features front, the new Himalayan gets a USB charging port, switchable dual-channel ABS, a halogen headlight, and a hazard light switch.

As for the hardware, the Royal Enfield Himalayan comes equipped with 21-inch front and 17-inch rear wire-spoke wheels. These come shod with dual-sport rubber from Ceat. Then, the suspension duties are handled by 41mm telescopic forks at the front and a link-type monoshock at the back.

As far as competition is concerned, the Royal Enfield Himalayan rivals the KTM 390 Adventure, BMW G310 GS, Suzuki V-Strom SX, and the KTM 250 Adventure in India.