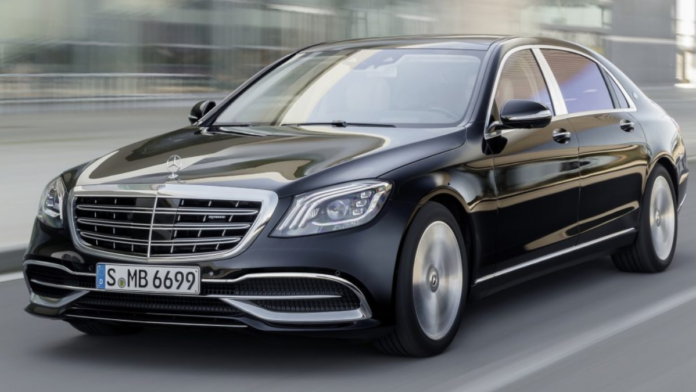 Due of the ongoing war in Ukraine, the EU is targeting Russian oligarchs. Alisher Usmanov’s armoured Mercedes-Maybach, valued at €600,000 ($654,330), was confiscated by officials in Sardinia.

The car was confiscated as part of penalties against oligarchs suspected of having strong links to Russian President Vladimir Putin, according to Italian magazine Corriere della Sera. The truck would have been used to transport foreign dignitaries, including Putin, on covert visits to Sardinia. It might possibly have been used by Putin’s daughters or previous President Demitri Medvedev.

The Mercedes-Maybach S 650 Guard VR10 is equipped with massive tyres that can bear the car’s weight, endure machine gun fire and explosives, and are meant to be utilised even if they explode. The windows are four inches thick and must be opened and closed using pneumatic motors, whilst the doors can only be opened with hydraulic pistons.

The whole vehicle is armoured, and the VR10 classification indicates that it was designed to withstand explosives. Mercedes claims that the premium automobile can withstand the explosion of two hand grenades at the same time.

A 6.0-liter V12 engine with 612 horsepower powers the 5-ton behemoth. The vehicle also has an ear-piercing alert that passengers may trigger, an onboard communications system, and an air filtering system in the event of a chemical assault.

Usmanov is claimed to have strong links to Arzachena, Porto Cervo’s administrative centre, where he is also an honorary citizen. The Mercedes was purchased for €600,000 ($654,330) in Sardinia in 2018.

The 69-year-old was also a stakeholder in Arsenal football club and was once considered the richest individual in the United Kingdom. Usmanov had further assets confiscated in Sardinia, including six more automobiles and a 14.5 million pound ($18.96 million) complex in the Gulf of Pevero, just south of Porto Cervo.