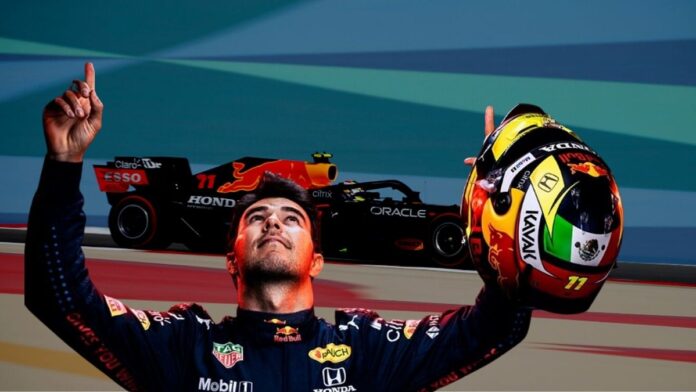 Sergio Michel Pérez Mendoza, also known as “Checo,” is a Mexican racing driver who now drives for Red Bull Racing after formerly driving for Sauber, McLaren, Force India, and Racing Point. At the 2020 Sakhir Grand Prix, he won his first Formula One race, breaking the record for the most starts before a race win with 190. At the 2022 Saudi Arabian Grand Prix, he also won his first Formula One pole position, breaking the record for the most races before a maiden pole position (215).

Apart from the F1 cars Sergio Perez is also a fan of supercars and owns cars worth millions. He’s car garage is filled with cars like Bugatti Chiron, McLaren 720S, Mercedes AMG, Porsche Panamera, and also a BMW X7.

Starting off with the first car on the list, the Chiron. Well, Sergio Perez’s most expensive buy in the car collection is worth $3 million. There’s a lot to say about the car as it holds the world record for the fastest car of 2017. The massive wing back there produces over 100kg of downforce at the top speeds, not more than a formula 1 car by the way. The Bugatti Chiron is powered by a W16 quad-turbo which produces over 1200 horsepower enough to reach a top speed of 414 km/h or 261 mph.

Coming on to the next car in the collection Checo also owns a McLaren 720s. This car is known for its outrageous performance on the track, promise you this won’t miss a single apex. The car runs with a 4.0L V8 engine with 720 horsepower. The top speed the car can achieve is over 341 km/h or 212 mph and can go 0-100 km/h in 2.9 secs.

The car owned by Sergio Perez is this AMG GT for Mercedes. Yes, the rival Mercedes car well but not on the roads. This car is also a track-based car with perfect aero work and a massive with produces downforce. The car is mounted with a 4.0L V8 with 525 horsepower and has a top speed of 312 km/h.

Porsche Panamera is a great car when it comes to touring. Well, though the car doesn’t match the other cars’ performance in the garage it still has great horsepower. The car is powered by a twin-turbo V8 engine producing 690 horsepower. And can reach to a top speed of 288 km/h.

The last car on the list is the SUV from BMW which has massive grills at the front. The X7 is more of a practical car in the collection as it’s spacious and luxurious. Well, this car is powered by a 3.0L six-cylinder engine that produces 390 horsepower. And has a top speed of 250 km/h.