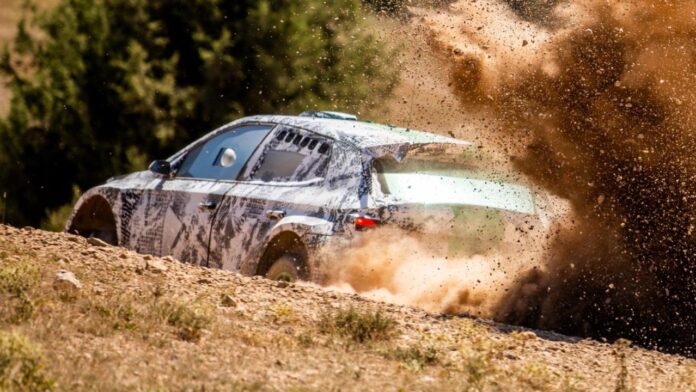 Skoda put its Fabia Rally2 sports car through its paces in the severe winter conditions of Scandinavian regions, where it was driven on ice with studded tyres. The prototype vehicle was camouflaged, and top drivers took turns behind the wheel. Andreas Mikkelsen, the current WRC2 world champion and European champion, was joined by Emil Lindholm, the Finnish champion, and Kris Meeke, a veteran WRC driver.

Testing To Near Completion

On a normal testing day, the engineers begin by setting up the equipment. The squad then gets into the car’s cockpit and performs some laps to get a feel for the track. They then used photocells to measure timings on the test track. From nine a.m. until six p.m., the crew completes 10 to 15 runs every day, with service in between to change sections of the car configurations. The engineers and crew analyse the day after the last run, while the technicians perform an evening service on the vehicle, checking and adjusting it for the next day. Evening services can run into midnight on occasion. The vehicle is tested on a variety of conditions, including smooth and bumpy asphalt, high-grid and slippery asphalt, as well as dry and wet terrain. The car is also put through its paces on gravels, starting with sandier ground and progressing to rocky gravels. The automobile has also been tested on both fast and slow tracks, and it is currently being tested in Finland on snow and ice.

The Skoda Fabia Rally2 has completed more than half of its testing. The team first ensured that the automobile is dependable enough, and they are currently comparing several technical solutions before moving on to the phase where the technical parameters are finalised and the team begins working on the car’s setup.