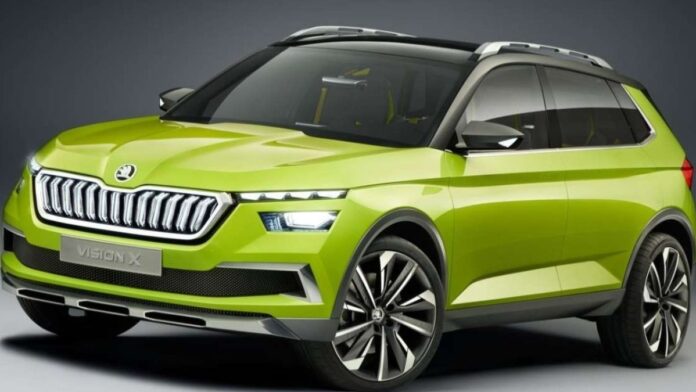 Following the enormous success of the compact SUV Kushaq and the all-new Slavia sedan, the Czech automaker Skoda Auto has stated that it plans to join the Indian subcontinent’s sub-compact SUV category. According to Skoda Auto CEO Thomas Schaefer, the business will introduce a brand-new product in the sub-four-meter SUV segment, which will be built on the MQB A0 IN platform. Skoda intends to manufacture the aforementioned SUV in India and export it to other areas of the world.

Skoda is also working on a compact electric vehicle for India, which might be ready by the middle of the decade. The corporation has stated that an electric vehicle production unit may be part of its new strategy in the second half of this decade in order to maintain a competitive price and increase market share in the country. Apart from that, the company’s CEO hasn’t spoken much about this electric vehicle.

About The Brezza Rival

The Czech carmaker was named as the project leader for Volkswagen India’s 2.0 resurrection project a few years ago, and under his direction, the company developed and localized the group’s MQB-A0 platform into the MQB A0 IN. After that, the same platform was used to create a new line of vehicles for both names. Using the same MQB A0 IN platform, VW and Skoda launched the Taigun and Kushaq SUVs, as well as the Slavia and Virtus sedans.

Following the success of the India 2.0 project, Skoda announced its plan to continue exploring a variety of new models for the country under the India 2.5 project. At the time, Schaefer stated that a sub-4m SUV was in the works for the 2.5 project, which he also referred to as the ‘working title.’ He did warn, though, that there was a lack of clarity and that there was still more ‘research to be done for the next project.

Fast forward to the present, and we can see that the company has made some progress, and this time around, the ‘homework’ appears to be finished. “We now have a good plan and will see where this goes,” Schaefer stated in a media interview. “Having total control of the platform is the cornerstone for this because that’s where all the expense is and that’s when we can make it happen or not,” he continued. This is why we worked so hard to get global control of the MQB A0 platform.”

Schaefer will take over as the new CEO of Volkswagen in April. Meanwhile, Schaefer continued to elaborate on the strategy, saying, “By collaborating with our other territories, such as South America, Africa, Russia, and India, we will be able to achieve the scale we need out of the platform to make it viable in the sub-4m category.” It’s on the cards, and the team is on its way. More localization is required, but as is customary, we will bring this home. This is something for which the MQB A0 IN platform is prepared.”

Keeping the details of the future SUV under wraps “The sub-4m sector is really specific for India,” Schaefer continued. As a result, we’d like to have an automobile that looks great and is also under 4 meters long so that we may utilize it for exports. I’ve challenged our team to do just that, not only to make it shorter to comply with the standards, but also to make it something that can be exported.”

Why is Volkswagen Not Launching the New Polo in India?