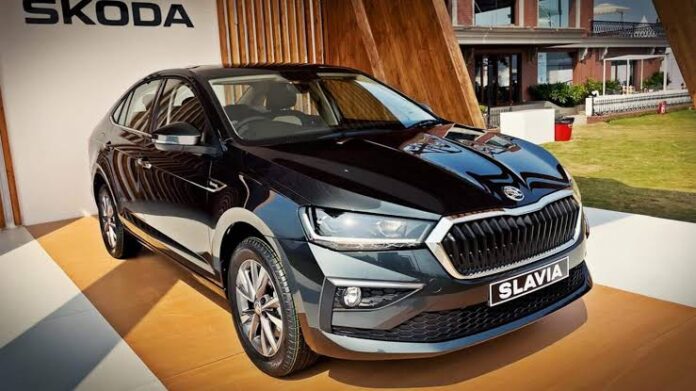 In India, the much-anticipated Skoda Slavia car has finally arrived. The 1.0 TSI-powered models, meanwhile, have only been introduced today, with pricing starting at Rs 10.69 lakh and rising to Rs 15.39 lakh (ex-showroom, India) for the top-spec version. On March 3, prices for the more powerful 1.5 TSI variant will be revealed.

During the sedan’s global launch late last year, Skoda showed the new sedan’s inside and external style. The design of the Slavia is fairly similar to that of the other Skoda sedans (Octavia and Superb), as it is sleek, perfectly proportioned, and elegant, with just enough chrome touches to appeal to Indian shoppers. The Slavia is substantially bigger than the Rapid it replaces, thanks to the Volkswagen Group’s specialised MQB-A0-IN platform (same as the Kushaq). The Slavia is one of the biggest vehicles in the sector, being 4,541mm long, 1,752mm wide, 1,487mm height, and having a 2,651mm wheelbase.

The all-new Skoda Slavia competes with the VW Vento – which will be replaced by the Virtus later this year – the Honda City, Hyundai Verna and the Maruti Suzuki Ciaz. Slavia 1.0 TSI is available in three trims – Active, Ambition and Style. The Trim wise pricing of the Skoda Slavia TSI 1.0 is as follows