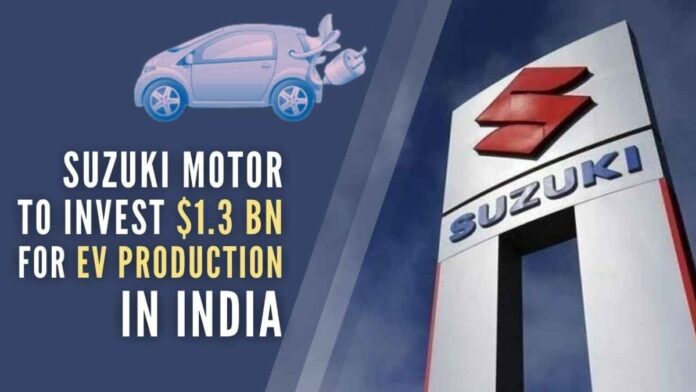 Suzuki Motor Corporation (SMC), the largest shareholder in the Maruti Suzuki India Limited joint venture, recently announced that it has signed an MOU with the Gujarat government to invest Rs 10,440 crore (approximately $1.3 billion) in local manufacturing of electric vehicles (BEVs) and BEV batteries. The Memorandum of Understanding was signed in the presence of Japanese Prime Minister Fumio Kishida and Indian Prime Minister Narendra Modi on March 19, 2022, during the India-Japan Economic Forum in New Delhi, India.

Senior government leaders from India and Japan joined Mr Toshihiro Suzuki, Representative Director and President of Suzuki Motor Corporation, and Mr Kenichi Ayukawa, Managing Director and CEO of Maruti Suzuki India Limited, for the event. “Suzuki’s future objective is to achieve carbon neutrality with compact automobiles,” Mr Toshihiro Suzuki remarked to the forum during the event. “We will continue to invest actively in India to attain Self-reliant India (Atma-nirbhar Bharat),” he continued.

In other Maruti Suzuki news, we previously informed you about Maruti’s future SUV that would compete with the Creta and Seltos. We previously reported that the car is being developed in partnership with Toyota and will be built on Daihatsu’s DNGA (Daihatsu New Global Architecture) modular platform. The YFG is the codename for the Maruti Suzuki version of this future SUV, while the D22 is the codename for the Toyota version. This new small SUV will compete with the Kia Seltos, VW Taigun, Skoda Kushaq, MG Astor, and others when it is unveiled.

The Maruti YFG is expected to get a new grille and split headlamps with LED DRLs on the outside. In terms of features and personal comforts, we expect the SUV to be fitted with the most up-to-date technology. A huge infotainment touchscreen display, linked car technology, and other technologies should make it into production versions, depending on the current SUV class average.

According to rumors, the 1.5L K15B naturally aspirated petrol engine from Maruti Suzuki will power this upcoming SUV’s drivetrain. This motor produces 104 horsepower and 138 Newton-meters of torque. According to reports, this powerplant will be complemented by Maruti’s hybrid technology, which will aid in improving the vehicle’s power output.

Although no official dates for the introduction of the Maruti SUV have been revealed, the car is expected to reach the roads during the Diwali season this year. In terms of pricing, the model might be available between Rs. 10 to Rs. 18 lakhs to compete with the segment’s present leaders.