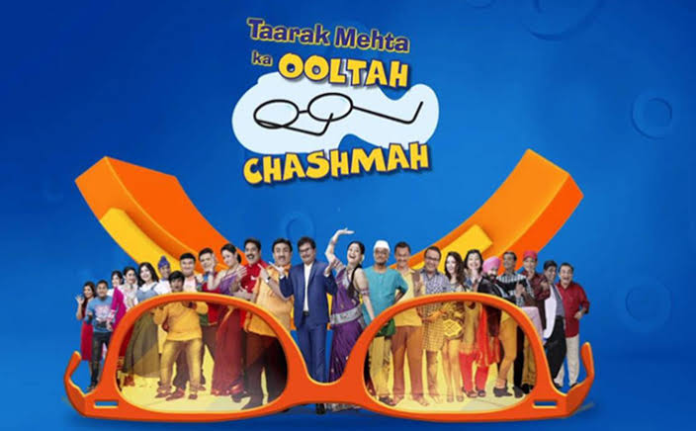 Recently, Tarak Mehta Ka Ooltah Chasma becomes the most “Most viewed show on YouTube is with total 45 billion views, which is more than total views of PewDiePie and Mr Beast combined.

Undoubtedly TMKOC is most entertaining comedy show with almost 12 years of journey. Watching each character for Gokuldham in this shows has a different level of entertainment. This article is all about the Car Collection of TMKOC cast.

Shailesh Lodha as Tarak Mehta in show is the most sorted and understanding member of Gokuldham. He owns a Mercedes Benz GLS e350d, the cost of this car is around Rs 75.29 Lakh.

Sonalika Joshi owns a MG Hector in real life, she is been snapped several times with his MG the cost of the car in India is Rs 17.65 Lakh.

She also owns a Toyota Etios however she didn’t use this car much and the cost of the car is Rs. 30 Lakh

Amit Bhat as Champaklal Jayantilal Gada in Tarak Mehta Ka Ooltah Chasma is the father of jethal in show. He is the most respected and aged person of Gokuldham, he also address the responsibilities and being better better message in the complete shows. Currently he owns Innova Crysta.

Amit Bhat as Champaklal in TMKOC has massive MUV of Toyota. The expected cost of this cars of Amit is around Rs 23 Lakh.

Bhavya Gandhi as Tipendra Gada in the TMKOC is among the lead role in show. He is also the leader of Tapu Sena in show, on camera Tapu is a son of Jethalal Gada where he entertain with his childish things. Currently he is a owner of a Audi A4 and he is apart of TMKOC since it’s intial days.

Bhvya Gandhi as Tapu in TMKOc is a owner of luxury German brand Audi. He owns a A4 with the price tag of around Rs 46.96 Lakh.

Munmun Dutta plays a role of Babita in Tarak Mehta Ka Ooltah Chasma. She is the most stylish and attractive personality in the entire Gokuldham. She represents the Bengali culture in society, everyone like her chemistry with jethal gada where he never giveup of flirting with Babitaji. Babita owns two cars in real life Innova Crysta and Swift.

Munmun Dutta aka Babitaji recently owns a Toyota Innova Crysta she use this car very occasionally the cost of her car is Rs 23.02 Lakh.

She also owns a Swift Dzire she use this car very frequently to travel to a TMKOC set in Mumbai the cost of the car is Rs 9.00 Lakh

Guru Charan Singh as Roshansigh Sodhi he is a Punjabi personality in Gokuldham Society. Coincidentally he is owner of Garage in Show he also like driving his Jeep on screen. In real life he is a onwer of Hyundai Creta.

Guru Charan Singh Aka Roshansigh Sodhi owns a Hyundai Creta in real life and the cost of the car in India is Rs 15.72 Lakh.

Shyam Pathak as Patrakar Popatal is the funniest character in TMKOC as well he is very well entertainer. In TMKOC he always carry his umbrella and he love his umbrella very much also he is waiting for his marriage ‘Kuwara’ in the entire show.

Sham Pathak aka Popatal is the owner of Japanese brand Toyota Innova Crysta. The cost of the car is Rs 23.02 Lakh.

Mandar Chandwadkar as Atmaram Tukaram Bhide in Tarak Mehta Ka Ooltah Chasma he is a husband of Maadhvi Bhide in the show. He is also a teacher and in show, Jetha and Bhide fight is the most entertaining part. In real life he owns a BMW 3 series and Volkswagen Vento.

Mandar Chandwadkar is the owner of Volkswagen Vento sedan and the cost of the car in India is around Rs 14.49 Lakh.

He also owns luxury cars like BMW currently he has BMW 3 Series and in India the cost of the car is around Rs 42.59.

Palak Sindhwani as Sonu Bhide in Tarak Mehta Ka Ooltah Chasma is the member of Tapu Sena in show. Sonu is the Daughter of Madhvi and Atmaram his character as understanding girl in the show. Currently she owns Hyundai Verna and i20.

Palak Sindhwani aka Sonu owns Hyundai i20 in real life also she also posted a video of gifting cars his parents on her YouTube channel. The cost of her Hyundai Verna is around Rs 13.22 Lakh.

Sharad Sankla as Abdul in the Gokuldham he owns Soda shop in the show. On camera his nature is very helping and friendly and in real he owns a Hyundai Grand i10.

a. Hyundai Grand i10

Sharad Sankla aka Abdul is the owner of Korean brand’s Hyundai grand i10 and the cost of the car is around is Rs 6 Lakh.

Disha Wakhani as Daya Ben in Tarak Mehta Ka Ooltah Chasma is the lead role character in entire show. In Gokuldham he is the family members of Gada family. On camera she is one of the funniest character with very helping nature. In real life she is the owner of luxury Audi Q7.

Disha Wakhani as Daya in TMKOC currently owns a luxurious Audi Q7 which she bought very recently. The cost of this luxary SUV from Audi is around Rs. 80.11 Lakh.

Raj Anand as Tapu he is the second Tapu in show. He replaced the old Tapu, in show he is very understanding and does everything for everyone. He cares about each and every member of society. He is the son Jethal Gada and he is very close to his Dadaji.

Raj Anadkat aka Tapu owns a Wagon-R he and the cost of the car is around Rs 5.34 Lakh. Raj bought this car very recently for him for very personal travel.

Asithkumar Modi is the director of the Tarak Mehta Ka Ooltah Chasma he also features in many episodes. Thanks to him for directing such as amazing TV by which we entertain. He owns a luxary cars like Mercedes Benz.

Asithkumar Modi in real life owns a expensive Mercedes Benz e350d and the cost of the car in India is around Rs 1.35 crores. He usually use this car to travel to Gokuldham Set.

Dilip Joshi is the owner of old Toyota Innova model. He spotted with his Innova several times. This car is among the Dilip’s personal favourite and the cost of the cars is Rs 13 lakh.

Jethalal’s most expensive car own untill now is Audi Q7. Dilip Joshi bought this car very recently, this car is used by Dilip Joshi very occasionally. The cost of the car is around Rs 80 lakh.