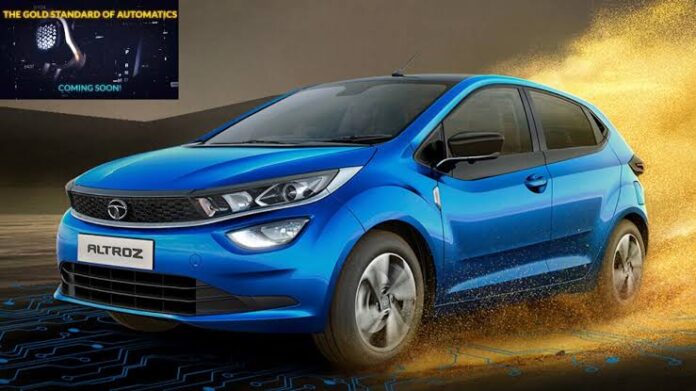 The much-anticipated Tata Motors Altroz DCT has finally arrived in India, with introductory prices starting at Rs 8.09 lakh and rising to Rs 9.89 lakh for the Dark Edition variant, ex-showroom, Delhi. For more than two years, the Altroz has only been available with a manual transmission. Tata has finally introduced an automatic transmission on the Altroz with the 1.2-litre naturally aspirated petrol engine, after a long wait.

Only the 1.2-litre, three-cylinder, normally aspirated petrol engine with 86hp and 113Nm of peak torque is available with the new 7-speed dual clutch (wet) transmission. It is, however, 20kg heavier than the manual models. There are no paddle shifters like on the Hyundai i20 N Line, although the gear lever does have a manual mode. The DCT gearbox, according to Tata, was designed specifically for Indian climatic and road conditions, using active cooling technology and machine learning. The Altroz’s DCT gearbox, for example, features shift-by-wire technology.

Initially, the DCT transmission was supposed to debut with the Altroz’s more powerful 110hp 1.2-litre turbo-petrol engine. Tata Motors even tested the turbo-DCT type, despite the fact that it was too pricey for our market. While the Altroz turbo-DCT may have competed with the Hyundai i20 DCT, its price tag would have been a deterrent. The diesel engine in the Altroz is still only available in manual transmission.

On the XM+, XT, XZ, XZ(O), and XZ+ versions, the Altroz DCT is available. Each of these versions’ equipment lists are identical to their manual counterparts. A 7.0-inch touchscreen infotainment system, iRA linked car tech, a 7.0-inch part-digital instrument cluster, keyless entry with push-button start-stop, automatic climate control, automatic headlights, rain-sensing wipers, and leatherette upholstery are all standard on the top-spec Altroz. The Altroz DCT also has a new safety feature dubbed auto park lock, which engages park mode automatically even if the driver forgets to do so when exiting the vehicle. Meanwhile, the Altroz DCT Dark Edition (available on the XT and XZ+) features blacked-out wheels, darkened chrome all around, and an all-black interior decor. Tata Motors has also unveiled Opera Blue, a new shade of blue that will be available across the Altroz range.

The Maruti Suzuki Baleno AMT, Hyundai i20 1.0 DCT, Volkswagen Polo 1.0 TSI automatic, Honda Jazz CVT, and the incoming Toyota Glanza AMT are all competitors for the new Altroz DCT. Although Tata is late in providing an automatic gearbox to the Altroz, the DCT unit is more advanced than the CVTs and AMTs found in the Jazz, Baleno, and Glanza. The only other hatchback in its segment with a DCT transmission is the Hyundai i20.