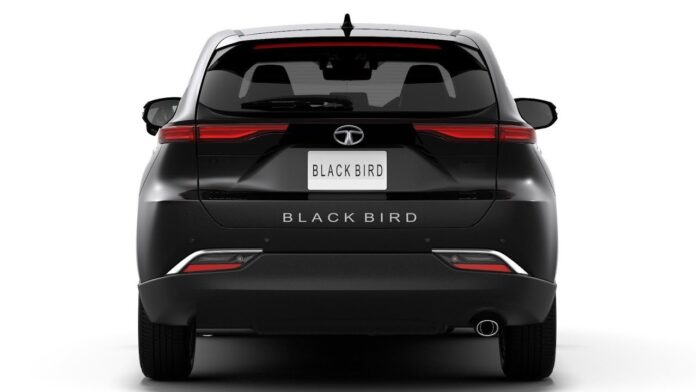 Tata Blackbird, which has been in development for a while, will compete with the powerful Hyundai Creta when it hits the market. In almost every industry sector, SUVs are dominating. With the Nexon, Harrier, and Safari, Tata has already achieved unprecedented success. With the Blackbird, which will be built on the Nexon’s X1 platform but will be a little bit longer to compete with larger SUVs like the Hyundai Creta and Kia Seltos, it wants to finally realise its potential in the mid-size SUV market. The information we currently know is listed below.

Rumor has it that the Blackbird will be a coupe version of the Nexon that incorporates some design cues from the concept CURVV EV that Tata unveiled a few months ago. The fascia may have design cues from Nexona and CURVV up front. The bumper will be sporty with tough skid plates, the overall silhouette might lean slightly toward the coupe body shape with a sloping roofline at the rear, and the taillamp cluster might feature LED unit connected by a glass panel to emphasise the width at the rear. We anticipate the LED DRLs to be positioned on the bonnet and the main headlamp cluster on the bumper as with most modern SUVs.

Although the official information has not yet been released, many people think that the Blackbird may be equipped with a new 1.5-liter gasoline engine that could generate a respectable 160 horsepower. The 1.5-liter diesel engine in the Nexon could be improved to produce more power. The mid-size SUV will probably offer both manual and automatic transmission choices when it comes to gearboxes. It may eventually even receive an all-electric version similar to the Nexon. This will enable it to compete with the Toyota Urban Cruiser HyRyder and the new Maruti Grand Vitara’s full hybrid model.

With models like the Hyundai Creta, Kia Seltos, MG Astor, Skoda Kushaq, VW Taigun, Toyota Urban Cruiser Hyryder, and Maruti Grand Vitara, the mid-size SUV competition is getting hotter. Although there will be a significant challenge for the auto industry, there will be a wide range of options for consumers, which is great for the market. How enthused are you about this Tata SUV?