The 200cc Yamaha R-Machine on its way 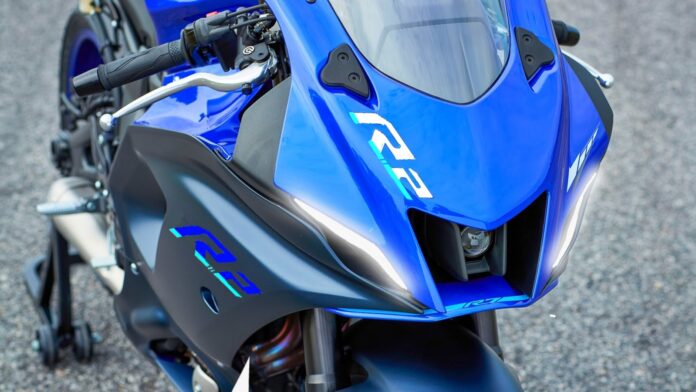 According to recent media reports, Yamaha, a Japanese two-wheeler manufacturer, has applied for the R2 trademark. The brand recently filed the application, and it appears that the new brand name will be used for an upcoming motorcycle. Instead of India, the application was filed in global markets such as Australia, New Zealand, Europe, and the Philippines.

We are already familiar with the company’s naming conventions, such as R15, R3, R6, R7, and R1. As a result, we can speculate that the R2 nametag could refer to the new 200cc sports bike. Yamaha does not currently sell 200cc motorcycles in India that meet the BS6 emission standards. However, these are all just educated guesses because the brand’s official confirmation is still pending.

It goes without saying that automaker companies frequently act as part of a concerted effort to protect specific names that may be used in the future. As a result, registering the name implies that the product will be available in the coming years. The R2 moniker would most likely be applied to a low-cost, feature-rich 200cc motorcycle that would compete with the likes of the KTM RC 200 and the Bajaj Pulsar RS200.

Another point raised by Yamaha executives in recent interviews is the company’s intention to launch new 150cc-250cc bikes in the Indian two-wheeler market. In this way, we can’t rule out the possibility of a brand-new 200cc Yamaha sports bike for Indian bikers.