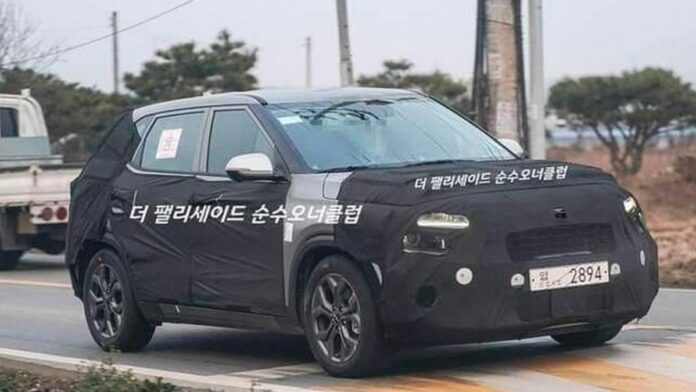 The facelifted Kia Seltos for 2022 has been leaked online with some interesting details. One of the most popular mid-size SUVs on the market is the Seltos. Since its debut in India, it has been a runaway success. On the back of the Seltos and Sonet alone, Kia has achieved some unparalleled milestones in the Indian market. Recognizing the Seltos’ importance in the segment, the Korean automaker plans to release a facelift for the Seltos soon. This would be fantastic because Creta is also getting a revamp. Let us look at the details of the impending Seltos for the time being.

A dual-LED taillamp design is seen in the spy photos. The LED taillamps are connected by a broad chrome bar in the current generation, which adds to the overall design. The new Seltos likely take a few design cues from the Sportage’s international version. To mention a few, this would imply striking characteristics on the front, such as the iconic Tiger-nose grille, revised bumpers, and exquisite LED DRLs. The general silhouette will most likely remain unchanged.

The ADAS capabilities are generating a lot of buzzes, especially in the mid-size segment with vehicles like the MG Astor. According to reports, the facelifted Hyundai Creta would also include such features. In order to keep up with the competition, Kia may have to include ADAS technologies in the next Seltos. Autonomous Emergency Braking, Lane Keep Assist, Lane Departure Warning, Parking Assist, and Adaptive Cruise Control, to mention a few, would be examples.

The present car’s engine and transmission options are also expected to be carried over. This means customers will have the option of a 1.5-liter naturally aspirated petrol engine, a 1.5-liter turbocharged diesel engine, or a 1.4-liter turbocharged petrol engine. Each of the 1.5-liter engines produces 115 horsepower, while the turbo-petrol engine produces 140 horsepower. In addition, all of the engines come equipped with a 6-speed manual transmission. The base petrol engine, on the other hand, can be ordered with a CVT, while the diesel and turbo-petrol engines come with a 6-speed torque converter and a 7-speed DCT, respectively. The Seltos is currently priced between Rs. 9.95 lakh to Rs. 18.19 lakh ex-showroom. With the facelift, there may be a little rise in price.

Read More: Honda Cars We Wish To See In India