HomeCarThe All New Tata Sierra To Make Official Debut In India In...
CarNews 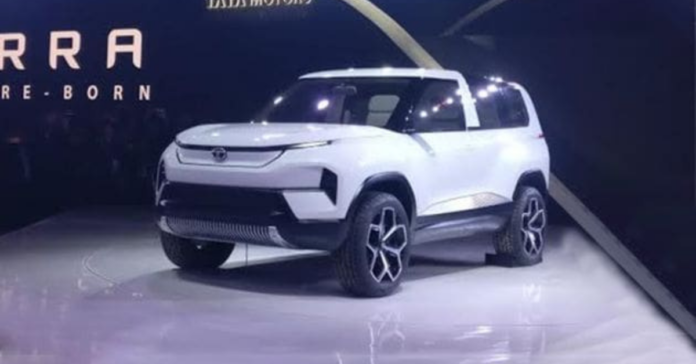 Tata Motors, an Indian automaker, has already informed us of its plans to launch ten electric vehicles in the country over the next five years. The Tata Altroz EV will be linked to a more powerful version of the Tata Nexon EV.

Aside from that, Tata Motors is said to be developing a brand new Nexon-based mid-size coupe. The vehicle will be available with both an electric and internal combustion engine powertrain.

According to a recent Autocar India report, Tata Motors will reintroduce the prestigious Tata Sierra nameplate in the country. Tata Motors debuted a concept version of the SUV at the 2020 Auto Expo. The highlight of this vehicle is that it will be Tata Motors’ first stand-alone EV-only model, as well as the first to be based on the “Born Electric” platform. The prestigious Tata Sierra was the first SUV manufactured by a domestic passenger vehicle manufacturer.

The SUV had a long non-opening rear window and a unique 3-door design. It had a ladder-on-frame chassis and a 2.0-litre diesel engine with an optional 4-wheel-drive system. The upcoming Tata Sierra will not be available with petrol or diesel engines.

It will be a fully electric vehicle and will be developed as an EV. The Tata Sierra Electric Vehicle’s production version will have a traditional 5-door layout. The new Sierra, according to the information, will be based on the dedicated Sigma Platform, which is based on the ALFA platform.

To customise the packaging of this car, Tata engineers will have to re-engineer the platform around the battery pack. The transmission tunnels will also be removed, and the fuel tank area and side elements will be modified. The new Sigma platform will be lighter, more efficient, and larger.

According to media reports, the Tata Sierra’s development has already begun, though it will not be available until 2025. Prior to the Tata Sierra, the majority of Tata’s electric vehicles will be based on the company’s existing internal combustion engine platform. Along with electric vehicles, Tata Motors is developing alternative, more affordable fuels such as CNG versions.

Facebook
Twitter
Pinterest
WhatsApp
Email
Tumblr
Telegram
Previous articleToyota Hilux will be available in dealerships across India beginning in 2022.
Next articleSubaru Won’t Build A New WRX STi, Would You Settle For A JDM-Style STI Trim Level Instead?