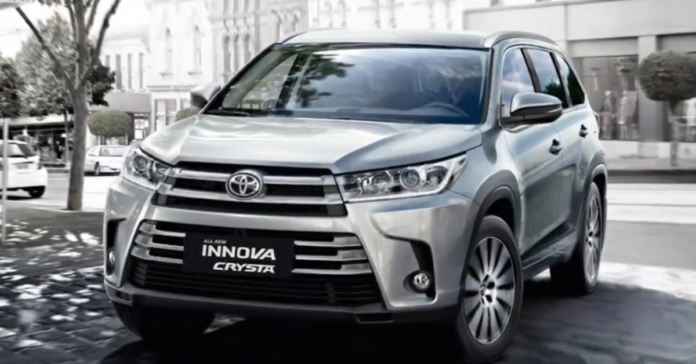 The Toyota Innova is one of the most popular MPVs in India. It is, however, rather ancient and in need of a complete overhaul. Fortunately, Toyota is developing a new Innova generation. Given the manufacturer’s trademark filing, it’s likely to be called Innova Hycross. Toyota could unveil the next MPV generation around Diwali this year, according to Autocar India.

The IMV platform is used in the contemporary Innova Crysta. IMV is a ladder-frame chassis that is also utilised in the Hilux and Fortuner pickup trucks. The new Fortuner will be built on a monocoque chassis similar to that of a car, which should improve ride quality.

The new-generation Innova will be based on either TNGA-C or GA-C. (Global Architecture C). This is the same platform that Corolla is built on. The Toyota Voxy and Noah, which are offered in Japan, may have influenced some of the design characteristics. The Innova 2022 could possibly be built on the 670B.

Toyota has given it the codename 560B, and it is projected to be 4.7 metres long. It will be somewhat shorter than the existing Innova Crysta as a result. However, due of the new platform, the area will be utilised more efficiently.

Because of the extended wheelbase, the cabin space will be improved even further. The current Innova has a 2,750 mm wheelbase, whereas the new Innova will have a 2,850 mm wheelbase. That’s an extra 100 millimetres of wheelbase. The new Innova will be somewhat narrower than the present Crysta model. However, due of the new Global Architecture C platform, the C-pillars will be more upright, allowing for extra cabin room.

You May Like:  Affordable Cars With Ventilated Seats In India 2021

Furthermore, the new platform aids in weight loss. The new-generation Innova will be 170 kilogrammes lighter than the existing Innova Crysta. That’s a lot of weight savings, which should assist with fuel economy as well.

A diesel engine will no longer be available in the Innova Hycross. Toyota is likely to use a 2.0-litre hybrid engine, maybe a localised version of Toyota Hybrid System II. As a result, the operating costs should be cheap. It would be equipped with a more efficient and lighter twin-motor system.