The Electric Vehicle Industry Will Shift To Advanced 800-Volt Architectures 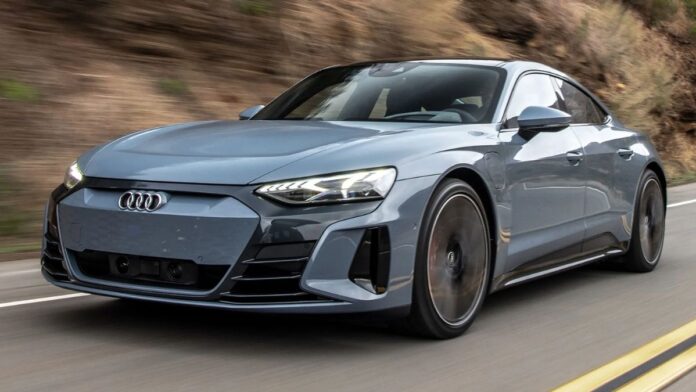 Analysts predict that the majority of electric cars will use sophisticated 800-volt systems in the future.

Only a few EVs, such as the Porsche Taycan, Audi e-Tron GT, Hyundai Ioniq 5, and Kia EV6, employ 800-volt designs at the moment, with the great majority of other EVs using 400-volt architectures.

Read more: 2022 Ford Mustang Mach-E No Longer Available To Order In The…

Doubling the voltage reduces charging times by around half for the same battery size, allowing manufacturers to lower the size of battery packs and make them smaller. Additionally, because 800-volt systems deliver the same amount of power with less current, they may use smaller and lighter cables and wires.

These structures also lose less energy and do not require costly thermal management systems to maintain temperature, according to Auto News. It’s no surprise that many EV vendors believe 800-volt designs will become the standard in the near future.

“By 2025, the bulk of applications coming into the market will be 800 volt,” said Dirk Kesselgruber, president of Tier 1 supplier GKN’s thIMG02e electric drivetrain division. “We believe it will become popular, and Hyundai has demonstrated that it can compete on pricing.”

“800 volt is the obvious next step in the evolution of BEVs,” said Alexander Reich, Vitesco’s head of innovation power electronics.

Most contemporary EVs, including those from Tesla, use 400-volt systems, according to industry experts, in part because dwellings normally use a 380-volt three-phase current, implying that sufficient charging infrastructure was already in place. Many of the earliest electric vehicles incorporated components from 400-volt plug-in hybrids.

Trending Now:  Electric VW Trinity To Be Built At A New $2.2-Billion Factory

The charging infrastructure, which is now designed for 400-volt cars, will need to be upgraded in order to transition to 800-volt systems. EVs can get 100 km (62 mph) of range in 5-7 minutes thanks to industry-leading 800-volt, 350 kW charging stations.

A large number of automakers have committed to 800-volt designs. Volvo, Polestar, Stellantis, General Motors, Xpeng, Nio, Li Auto, BYD, and Lotus are among them.