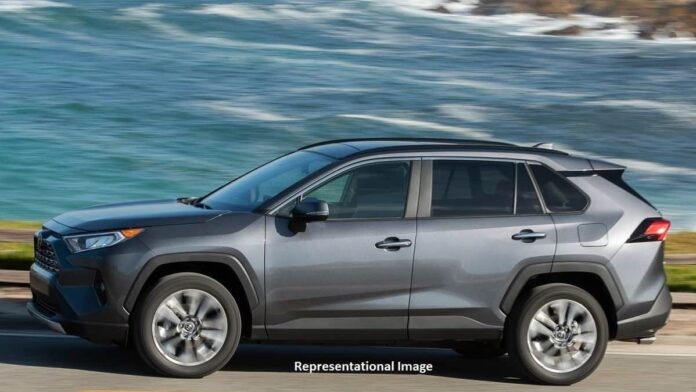 Every car fan in the country is aware that Toyota Motor Corporation and Maruti Suzuki India Limited, both Japanese automakers, are preparing to release Creta-rivaling SUVs. However, according to a recent media source, Toyota will be the only manufacturer of the next codeveloped SUV for both companies.

For the construction of the next utility vehicle, the Japanese automaker would use its manufacturing facilities near Bengaluru, Karnataka. According to sources close to participating partners, this new SUV will not only be manufactured by Toyota, but will also use a localized variant of the TNGA global platform.

MSIL has taken over the production of Toyota’s Glanza and Urban Cruiser, which are based on the Maruti models Baleno and Vitara Brezza, in a joint venture between Toyota and Maruti Suzuki. However, it appears that things are set to change as a result of this latest study.

Meanwhile, rumours abound that the upcoming Toyota-Maruti Suzuki SUV will be equipped with a self-charging hybrid powertrain. This idea surfaced when the Japanese manufacturer launched a marketing for their self-charging hybrid technology named ‘Hum Hai Hybrid.’ If this technology is included in the production versions of the future SUVs, they will be the first in their class to have such a powerplant.

The SUV is expected to use the Yaris Cross Hybrid powertrain, which is currently offered in a few regions. A 1.5-liter petrol engine, a battery, and an electric motor move between hybrid and pure EV modes automatically in the Yaris Cross. The ICE engine and 80PS electric motor combine to provide 115PS in this combination, which has a reported fuel economy of more than 26kmpl. The SUV will also be available with a less priced combustion engine, most likely the same 1.5-liter petrol engine minus the electric components.

In terms of exterior design, each OEM’s model will be distinct. This pair of SUVs’ test mules have been sighted testing across the country multiple times. Meanwhile, the vehicles are expected to have similar features and almost identical interior designs.

According to various media sources, Toyota and Maruti’s upcoming SUV will be reasonably priced in compared to competitors in the segment. Toyota’s version of this SUV is likely to debut in June, followed by a launch in August, according to reports. The SUVs will compete with vehicles such as the Hyundai Creta, Kia Seltos, Skoda Kushaq, and Volkswagen Taigun if they are released.

In other Toyota news, the Japanese company has published two new videos in India to promote hybrid technology. Both films feature a Toyota Camry, which is currently our country’s most cheap true hybrid vehicle. As previously stated, the videos are part of Toyota’s new “Hum Hai Hybrid Campaign.”