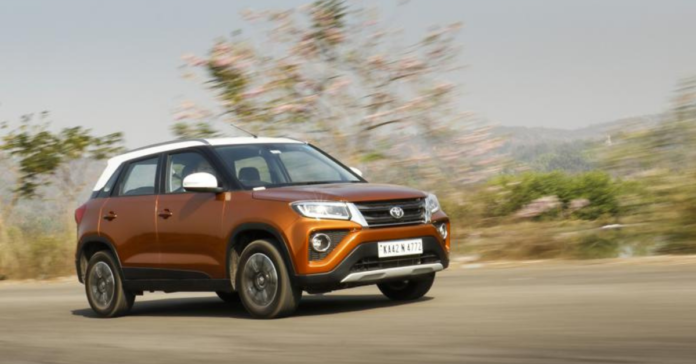 While both the Toyota Urban Cruiser and the Maruti Brezza received four points from NCAP, the former outperformed its donor model by providing superior adult and kid protection. Global NCAP has finally evaluated the Toyota Urban Cruiser in its newest round of crash tests. The Brezza-based B-SUV achieved a 4-star rating for adult protection, which is the same that the Maruti Brezza received in a previous round of similar crash tests. Surprisingly, the Urban Cruiser received three stars for kid safety, compared to two stars for the Brezza. In reality, the rebadged vehicle has done far better than its donor counterpart.

The G-NCAP Urban Cruiser was equipped with the basic safety package, which included dual airbags, ABS, front seatbelt pretensioners, and ISOFIX child seat straps. The SUV received 13.52 out of 17 points in the adult protection test. The front occupants’ head and neck protection is classified as ‘good,’ while the vehicle’s bodyshell is rated as’stable,’ and capable of withstanding further loads, according to the tests. The driver’s and passenger’s right knees, on the other hand, receive just moderate protection.

In comparison, the Maruti Brezza received a 4-star certification for adult protection, but only 12.51 points out of a possible 17 points. The Toyota-badged sister is a full point lower. When it comes to child protection scores, however, the disparity widens significantly. The Toyota Urban Cruiser received a 3-star rating out of a possible 49 points. The ISOFIX child seat straps help the SUV prevent excessive forward head motion and provide ‘fair’ protection to the chest and poor protection to the neck of a 3-year-old child, according to the tests. However, it provides ‘good’ protection to a 1.5-year-old child’s head and chest. In comparison, the Brezza could manage only 17.93 points out of 36.68, thereby getting only a 2-star rating for child protection.

The present Maruti Brezza will be replaced in the coming months with a more modern model with thicker sheetmetal and up to six airbags. According to reports, Maruti is aiming for a 5-star NCAP rating for its redesigned Brezza, which will automatically guarantee a higher score for the Toyota Urban Cruiser. The new Brezza is expected to hit the market before the end of H1, 2022, and the Toyota-badged version might come in a matter of weeks. With the release of the revised models, we expect the gap between the two models’ safety scores to close to nearly nothing.