Spy shots hint it won’t get the bucktooth grille.

The current-generation X1 is the company’s oldest crossover to date. It began manufacturing in 2015 with a Mini-based platform and is now in its seventh year. The car’s ageing was slowed by a facelift in 2019, but BMW’s smallest crossover is due for a redesign in the near future.

According to BMW, the third-generation X1 will be released this year, following the brand’s seven-year model life cycle. As the test cars shed more cover in recent spy images, it appears that the launch is nearing. As a result, we’re able to piece together how the road-going version will look once it’s released.

BMW appears to be taking a cautious approach with the all-new X1. The wide grille will remain, although it will not be as wide as the XM or have the 4 Series’ controversial “buck teeth” design. In comparison to the previous model, our rendering exhibits larger and more rakish headlamps. The bumper is effectively covered in the test vehicles, but we expect vertical corner air intakes in the eventual X1. The new appearance is, in general, the polar opposite of the brand’s recent (and divisive) models and concepts.

Read More: 2023 BMW M4 CSL Will Be Officially Launched This May

While the outside may be evolutionary rather than revolutionary, we anticipate more dramatic changes on the inside. According to recent spy images, the instrument cluster and infotainment system are housed under a large floating screen. The centre console features a long centre armrest and storage bin, as well as the iDrive controls at the very end. Just below the centre stack, there is a large cubby hole.

There could be a variety of mild-hybrid gas and turbodiesel engines, as well as at least one plug-in hybrid alternative. A high-performance M35i vehicle, as well as an all-electric iX1 model, are in the works. 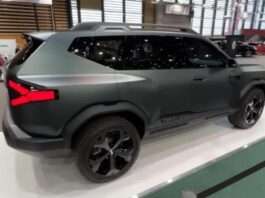 All-New Renault Duster Likely To Come With 5 And 7 Seat... 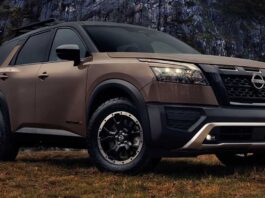 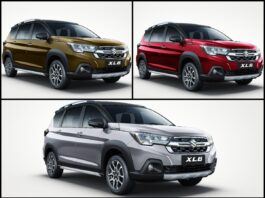