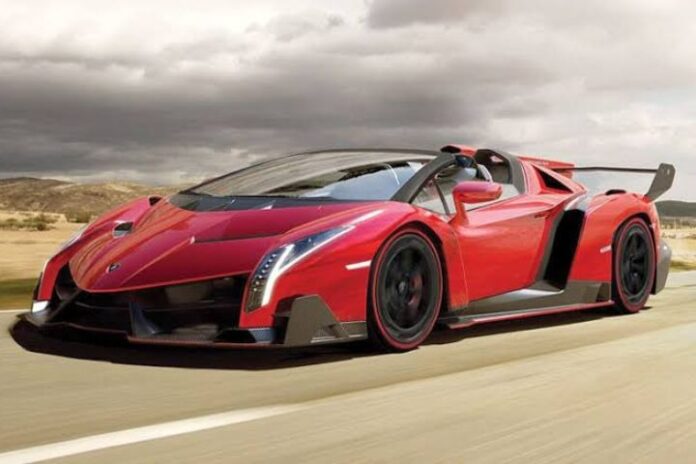 A convertible or cabriolet is a passenger car that can be driven with or without a roof in place. The majority of convertible roofs are of a folding construction framework with the actual top made from cloth or other fabric. Other types of convertible roofs include retractable hardtops (often constructed from metal or plastic) and detachable hardtops (where a metal or plastic roof is manually removed and often stored in the trunk)

918 Spyder is a mid-engine plug-in hybrid supercar with a Naturally Aspirated 4.6L V8 which develops 604 horses with two electric motors fixed in it which makes the combined output of 887 horsepower and 944lb-ft of torque. Acceleration from 0-62mph in just 2.6s. It comes with a top speed of 214mph.

Venom GT high-performance sports car manufactured by Texas-based Hennessey Performance Engineering. The Venom GT is based on the Lotus Elise. It comes with a twin-turbo 7.0L V8 which makes 1244 horsepower at maximum and 1155lb-ft of torque. Only 6 examples in the world. The top speed of Venom is 270mph.

Reventòn is a mid-engine sports car that comes with a massive 6.5L V12 which develops 670 horsepower and 486lb-ft of torque. It is a completely insane work of art by Lamborghini. 0-62mph in just 3.5s and the top speed of 200mph. Only 15 examples are made.

Bacalar is an open-top variant of Continental GT which share a similar design DNA. Interior, as well as exterior, is handcrafted. It comes with an Obnoxious engine 6.5L W12 TSI which makes 650 horsepower and 667lb-ft of torque. Acceleration 0-62mph in 3.5s and a top speed of 200mph. Bentley has made 12 units only.

You May Like:  Next Generation of Brabus Vehicles in 2022

The Koenigsegg Regera is a limited production, plug-in hybrid grand touring sports car manufactured by Swedish automotive manufacturer Koenigsegg. It comes with a twin-turbo 5.0L V8 + 3 electric motor that makes the combined output of 1500 horsepower & 1475lb-ft of torque. 0-62mph in 2.8s and a top speed of 255mph. In 2019 regera breaks the record of 0-400-0kmph in 31.49s.

Centenario Roadster unmistakable work of art by Lamborghini. It is based on a carbon-fibre monocoque and body. It has a 6.5L V12 engine which produces 759 horsepower and 774lb-ft of torque. 0-62mph in 2.9s & top speed of 217mph. Lamborghini has made only 20 masterpieces worldwide.

It is an open-top variant of Huayra BC which comes with a 6.0L V12 AMG engine that develops 800 horsepower and 774lb-ft. Roadster is slightly heavier than coupè. Attention to detail on this car is just mind-blowing. Only 40 units worldwide.

Sian Roadster is the first open-top hybrid super sports car by Lamborghini. It has a 6.5L V12 engine which develops 785 horsepower with an additional electric motor makes more 34 horsepower combined output of 819 horsepower. It’s goes 0-62 in 2.9s and electronically limited speed up to 217mph. Only 19 examples are made.

Veneno holds the number one position on the list. It is an open-top racing prototype with an extreme design and breathtaking performance. It comes with a 6.5L V12 engine producing 750 horsepower and 509lb-ft of torque. 0-62mph in 2.9s & top speed of 221mph. Only 9 masterpieces are made by Lamborghini.