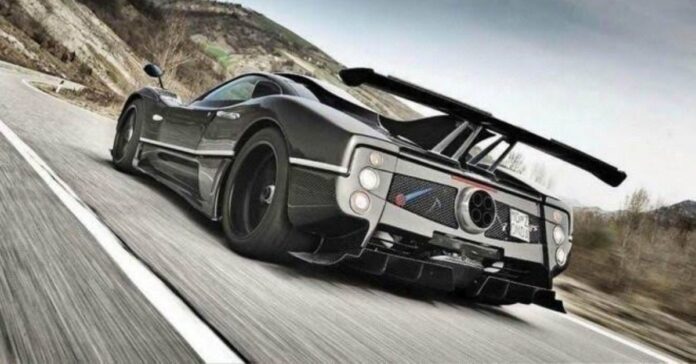 These Cars are The One and The Only !!

In the market nowadays, there are many supercars. Some of them are classics while some have modern specifications. These usually sell for around $500,000 to $1 Million USD. Some special editions sell for more.

But sometimes some situation shows up and makes the company abandon the project and sell the car. Then there are One-Offs, the unique models that are rarer than a Diamond. Their rarity itself makes them special. Let’s see the ten One-Off Supercars:-

Starting this list with a car from McLaren that looks a bit like a fusion of Audi R8 and McLaren Senna. It is one of the earliest works of McLaren Special Operations. Some People consider X-1 as the best work of McLaren Special Operations. The goal behind making this car was combining the latest McLaren tech with a 50-year old design. It was also (kind of) a showcase of the McLaren Cars of the future as they followed the same design language.

A V12 engine that delivers 860 bhp and an ultra-light body is surely a recipe for an absolute performance beast. If not for its weak chassis which was unable to take this much grunt; the TVR Cerbera Speed 12 could’ve been a success. But it ended up on the other side, unreliable and in turn failure. What was once going to race in the GT1 series, now got only one road-going version and that was it. It is a failed product but still nonetheless a one-off.

In addition to the planned 100 units, Aston Martin also produced a one-off Vantage V12 Roadster. It is the convertible version of Vantage GT12 that gets new carbon fibre panels, trim pieces, custom paint finish and custom suspension. it gets a 6.0-litre V12 engine that produces 595 HP and can reach 100 kmph in 3.5 seconds. Its top speed is 185 mph.

Hearing the name for the first time? You are not the only one mate. Except for the players of ‘Asphalt 9: Legends’, not many people know about this car. This supercar is built completely from titanium (in combination with carbon fibre) and took 10,000 hours of handcrafting to complete. It can go from 0-100 kmph in less than three seconds. This unique one-off model was put on sale in 2016 for around $2.5 million.

You May Like:  Jeep Meridian seven-seater SUV Unveiled In India Ahead Of Launch

From the ten different Pagani One-off models, we like this one more for its unique look. The 760 in its name represents the 760 horsepower that its AMG-sourced engine delivers. That makes the car reach a top speed excess of 217 mph. It was built for a businessman in Chile.

The most expensive production car in the world at its time and one of its kind, this one-off Maybach Exelero was once owned by American rapper Birdman. Then Jay-Z bought it from him. It gets power from a twin-turbo V12 engine that produces 690 horsepower and 1020 Nm of torque. Its top speed is 351 kmph and its 0-100 acceleration time is 4.4 seconds.

Also Read : Most Expensive Cars Ever Made In The World Top 10 List

Another Aston Martin one-off on the list, this time a blast from the past. Code-named DP K901, initially a production run of 15-25 cars was planned. But due to the chairman of the company thinking that the project would be too costly, it was shelved. Only one prototype was produced. It was first sold to a middle eastern collector who later sold it to an American collector. After some time, it was found in storage in the Far East and offered for sale in Britain. It gets power from a 5.3-litre V8 engine capable to produce 600 bhp and 678 Nm torque.

Unveiled at the 2012 Geneva Motor Show, this one-off roofless and windowless Barchetta concept car uses the same V12 engine as the standard Aventador that produces 690 Horsepower. The ‘J’ in its name stands for Jota, a reference to 1970’s Lamborghini Miura Jota.

This one-off sports car is redesigned by Pininfarina for film director James Glickenhaus. Though the car was initially an Enzo Ferrari, the director liked the 1960s Ferrari P Series race cars and it was modified accordingly. It gets power from the same V12 engine as Ferrari Enzo which produces 660 bhp and 658 Nm of torque. Its top speed is 375 kmph and it can reach 100 kmph in 3 seconds.

With the design inspired by the Type 57 SC Atlantic, the Bugatti La Voiture Noire is a one-off special car from the 2019 Geneva Motor Show. The car retains its 8.0-litre quad-turbocharged W16 engine with its mid-engine layout as the Chiron. It features a floating windscreen and has masked A-pillars.