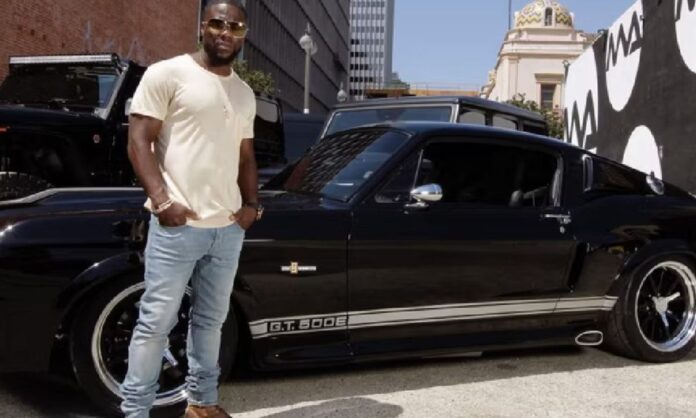 Kevin Hart Car Collection is among the greatest in the business. The world-famous actor and stand-up comedian require no introduction. He has switched to angel investing after achieving significant success in both vocations. In fact, he was a judge/investor on the most recent episode of the iconic American reality show Shark Tank.

He is unquestionably one of the most successful comics of all time, with an estimated net worth of approximately $450 million. Here are Kevin Hart’s top 5 automobiles –

Kevin Hart’s classic Ford Mustang GT 500E Super Snake is one of his most distinctive automobiles. It is undoubtedly the most recognisable American muscle vehicle. It became a symbol in the 1960s and is still popular among automobile collectors and celebrities today. It used to be powered by a supercharged 427 V8 engine with a massive 725 horsepower. The contemporary version costs around $150,000 USD.

Kevin Hart’s top 5 automobiles include the Mercedes-Benz SLS AMG. It is certainly one of Kevin Hart’s flashiest autos in his garage. Many people adore its signature butterfly doors and tall hood, as well as its insanely strong AMG engine. The SLS AMG is powered by a gigantic 6.2-litre V8 engine with 563 horsepower and 650 Nm of peak power and torque. His Black Edition is a unique model with a commanding appearance on the road.

The G-Wagon achieves an ideal blend of exceptional in-cabin luxury and excellent off-road capability. It’s driven by a gigantic 4.0-litre bi-turbo V8 petrol engine with 585 horsepower and 850 Nm of peak power and torque. This engine is paired with a fast 9-speed automatic AMG SPEEDSHIFT gearbox that delivers power to all four wheels. There are several attachments available to provide excellent off-roading capability. Despite its massive size, the strong engine propels the automobile from 0 to 100 km/h in under 4.5 seconds. The maximum speed is 220 km/h.

No vehicle collection is complete without a Ferrari. So, the final model in our list of Kevin Hart’s top 5 automobiles is one of the artist’s several Ferraris. The 488 Spider is powered by a 3.9-litre V8 turbocharged engine with 660 horsepower and 760 Nm of peak power and torque. This engine is coupled to a 7-speed DCT transmission, allowing for a 0-100 km/h sprint in only 3 seconds. Needless to say, we can’t cover all of Kevin Hart’s automobiles in a single post. Regardless, which was your favourite?

Sarah Jessica Parker Car Collection | Cars and Net Worth OF...