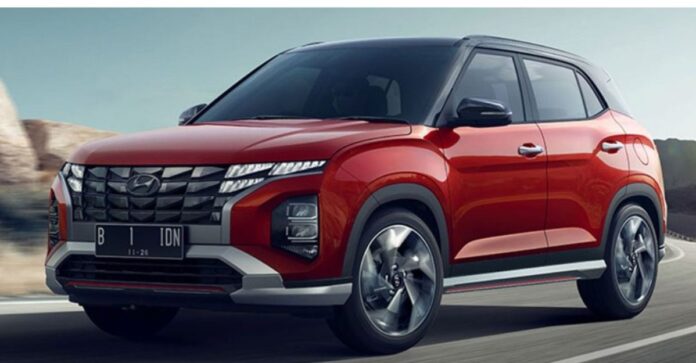 Here is a list of all the upcoming SUV models that are scheduled to go on sale in India in 2022–2023. Popular upcoming SUV models include the Audi Q3 2022, Toyota Urban Cruiser Hyryder, and the Hyundai Venue N Line. Lets look to all upcoming cars to learn more about its anticipated cost, launch date, features, and images.

Toyota’s Bidadi plant in Karnataka has already begun production of the new SUV. It is built on Suzuki’s Global-C platform, which also serves as the foundation for the Grand Vitara and the Brezza. The SUV will be available with two engines: a 102bhp, 1.5L K15C dual-jet petrol engine with mild hybrid technology and a 1.5L TNGA Atkinson cycle engine with a strong hybrid system. A 5-speed manual transmission, a 6-speed torque converter, and Toyota’s e-drive system will be available (Strong Hybrid Only).

Maruti Suzuki will reveal the Grand Vitara SUV’s pricing in September 2022. The SUV can be reserved online or at an authorized NEXA dealership for Rs 11,000 in advance. It is built on Suzuki’s Global-C platform, which also serves as the foundation for the new S-Cross in global markets. Toyota’s production facility in Bidadi, Karnataka, will begin production of the SUV in August.

Mahindra, a homegrown SUV manufacturer, will release the much-anticipated XUV400 electric SUV on September 6, 2022. It is essentially an electric version of the subcompact SUV XUV300. While the ICE XUV400 is 3995mm long, the electric XUV400 will be around 4.2 metres long and have more boot space. The LG Chem high-energy-density NMC battery will be used in the Mahindra XUV400. NMC batteries will provide more power and a greater range. The new Mahindra electric SUV is expected to have a range of more than 400 kilometres on a single charge. It will almost certainly get a larger touchscreen infotainment system with Adreno X connected car AI technology. The electric SUV may also receive ADAS (advanced driver assistance system).

In June 2022, Hyundai will launch the updated Venue SUV in the country. On September 6, 2022, the company plans to launch the sportier-looking Venue N-Line. The new model will have a sportier design and an all-black interior, as well as a revised suspension setup and exhaust system. It will be powered by a 1.0-litre three-cylinder turbocharged petrol engine with 118bhp and 178Nm of torque. A DCT will transmit power to the front wheels (Dual-Clutch Transmission).

The new Audi Q3 SUV will be available in the country in September 2022. Interested buyers can reserve the new Q3 SUV online or at an authorised Audi dealership for Rs 2 lakh. The company has announced that the new model will come with a 5-year standard warranty, as well as a 3-year/50,000-kilometer service package for the first 500 bookings.

The 2023 Audi Q3 will be available in two trim levels: Premium Plus and Technology. It will be powered by a 2.0L 4-cylinder turbocharged petrol engine and a 7-speed DCT automatic transmission. The ‘Quattro’ AWD (all-wheel drive) system will be standard. The engine has a maximum torque of 320Nm and a maximum power output of 190bhp. It is claimed to accelerate from 0 to 100kmph in 7.3 seconds.

These SUV are launching next month in September. Which is your favorite SUV you looking forward to buy, tell us in the comment below .