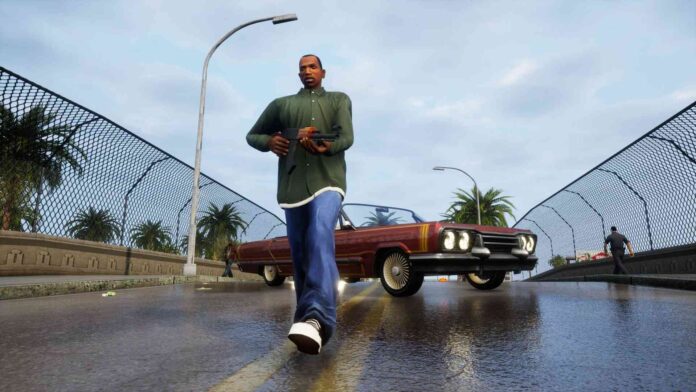 GTA San Andreas is a legend. It hit the store shelves in 2004 and people still love it to this date. Rockstar Games managed to pull off a game that is not only better than its predecessor but shatters its records. San Andreas was the ideal combination of story and gameplay. It was also the first time a GTA title included role-playing features like the necessity to eat food or exercise in order to remain in shape. But one thing was certain: he was a gangster. Isn’t that what Grand Theft Auto is all about? And being a gangster, he had to have trustworthy wheels. The problem is that not all cars in San Andreas are trustworthy. Let’s take a look at the top 5 Worst Cars In GTA San Andreas:-

Starting the list of Top 5 Worst Cars In GTA San Andreas with the Manana. It feels like an incomplete car in Grand Theft Auto: San Andreas. It appears as if it was thrown together by a designer in hurry. With a triangular top and flat back, the two-seater is disproportionate. The front is slightly larger than the rear, but not excessively so. It also has a gasoline tank on the side that is quite unsightly. It moves at a glacial pace with a top speed of only 74 mph! All of its other performance metrics are at best poor. When you have two wanted stars and need to flee immediately, this is not the car you want to steal. In fact, attempting to elude the cops on foot is preferable.

The Clover in GTA San Andreas is the model that combines the 1968 and 1969 Oldsmobile Cutlasses. For crying out loud, it has mismatched hues. It looks like the Clover was stuck in project car hell for at least 20 years. The Clover boasts good handling, acceleration, and speed, but the engine is overpowered, making it prone to burnout and fishtailing on a regular basis. It has rear-wheel drive, and the engine is located at the front of the vehicle, making it a poor choice for a rainy day. On top of that, the car is so poorly constructed that it may catch fire once you’ve lost traction and received damage.

Isn’t it true that everyone adores classic pickup trucks? Not this one, at least. All you have to do is look at it to realise it will let you down. Due to its weight and bulk, this drab oldie is slow, with below-average acceleration and speed. Try taking it up a hill if you’re up for a challenge. If you spent all of your time on flat ground or off-road, you might be able to get away with it. This is also one of the worst pickup trucks in GTA San Andreas.

The two-door, open-top Blade is one of a small number of lowriders accessible in San Andreas. It’s one of the worst in the game, despite its nice aesthetics and resemblance to the classic ’65 and ’68 Chevrolet Impalas. Yes, it accelerates quickly enough to be considered a lowrider. However, because of its substantial oversteer, it is difficult to handle at greater speeds. Decisions to make a last-minute turn or even a minor nick result in a loss of control right away.

You saw it coming right ? No one liked these station wagons in the 3D universe (We wonder if anyone likes them in HD Universe of GTA too). That’s why we have put it on the top of our list of the top 5 Worst Cars In GTA San Andreas. The 4-door Perennial looks a lot like a Chevy Nova station wagon from the early 1960s, with a hint of Fiat from the same era thrown in for good measure. While it handles well, the vehicle’s modest acceleration and speed make driving a chore. In this front-wheel-drive family car, it’s easy to oversteer, which could result in a disaster. Fortunately, this car is quite tough and unlikely to blow up as a result of the situation.