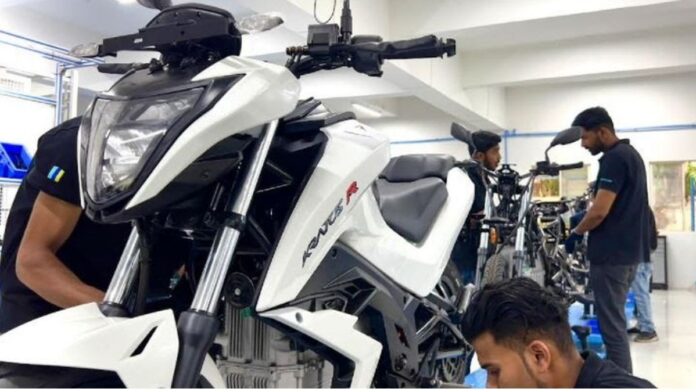 The new electric motorcycle appears to be generating a lot of buzzes. During the Alternate Fuel Conclave in Pune from April 2nd to 5th, the Kratos received 5,000 inquiries and 1,500 test drives, according to the manufacturer.

T6X was the previous name for the Kratos. Tork Motors has been conducting research and development since 2016. The motorcycle is marketed as “Made in India” by the manufacturer. The motorcycle’s release date should be approaching soon. Customers can book their electric motorcycles on Tork’s website right now.

“It’s time for #Thenewrace,” said Kapil Shelke, Founder & CEO of Tork Motors. We’re getting ready to ship our first batch of Bikes to our clients. Today is a watershed moment in the history of Tork Motors. Customers have fallen in love with the Kratos R, and I am astounded by the love, faith, and patience they have shown in us. The city of Pune is our current focus, and the first motorcycles will be delivered in April 2022. We’ll be calling our consumers soon to provide additional information. Today is also a watershed moment for India when the country’s first electric motorcycle is unveiled on the streets of Pune.”

For the Kratos, Tork has created their own operating system. Tork Intuitive Response Operating System is its name (TIROS). The operating system’s job will be to analyze and synthesize data for each ride in real-time, as well as manage critical components including real-time power consumption, power management, and range forecasts. A 4.3-inch TFT screen will display important information to the rider. There would also be cloud-connected functions available. Geo-fencing, location tracking, anti-theft, and so forth. On-board navigation would also be available. The motorcycle comes in two different versions. Kratos and Kratos R are two different characters.

A 4 kWh Li-Ion battery pack will power the Kratos. It will power the Axial flux motor, which has a maximum power output of 9 kW and a peak torque output of 38 Nm. A single-speed gearbox will be used to connect the motor to the transmission. Eco, City, and Sports would be the three riding modes available. There would also be a specific reverse function for when you need to get your motorcycle out of a parking spot.

Launch Of Bajaj-Triumph Bikes In India And Their Expected Price