This video shows the best of South African spinning featuring a Toyota Etios. Spinning (or drifting) cars is a long-standing tradition in South Africa. For the longest time, it had a negative connotation attached to it. After stealing a car, criminals used to drive like this. This was a common perception, and in some cases, the truth, regarding spinning. However, the practise gained traction over time, and it was recognised as a motorsport at an event in Soweto, South Africa, in 2012. Let’s see how the best of spinning works with a Toyota Etios sedan.

THE BEST OF SA CARS channel on YouTube has uploaded the video. It showcases a montage of various stunts performed in a Toyota Etios. The Etios is a popular sedan that many people use for their daily commute. Its dependable engine and practicality make it popular in a variety of international markets, including South Africa. That is why so many people use it to perform spinning. It’s easy to see how talented some of these drivers are.

The videos show drivers drifting Etios on regular roads, at dedicated drifting events, at gas stations, and anywhere else they can find them. It appears that the audience is very impressed and is cheering. The stability that a sedan provides makes it an ideal body type for such stunts. However, we must caution our readers about such stunts. Accidents are extremely likely in such situations. As a result, you should not try to imitate these professionals.

The 1.5-litre 4-cylinder petrol engine in the Toyota Etios produces 66 kW (88.5 hp) and 132 Nm of peak power and torque. This engine is paired with a 5-speed manual transmission that drives the front wheels. As a regular sedan, the acceleration from 0 to 100 km/h takes 11.3 seconds, and the fuel consumption is rated at 5.9 litres per 100 kilometres. The top speed is limited to 165 km/h. The starting price, including VAT, is R206,000. 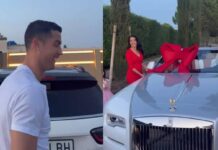