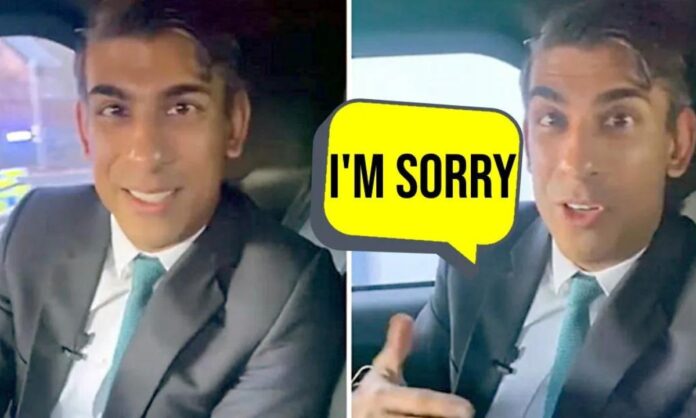 Everyone understands the significance of wearing seatbelts while driving or riding in a four-wheeler. Although not everyone follows this guideline, and even the most powerful individuals in the world occasionally disregard this safety routine. In the most recent instance of this neglect, Rishi Sunak, the newly elected Prime Minister of the United Kingdom and Leader of the Conservative Party, was discovered driving without a seatbelt.

The Prime Minister was seen speaking in an Instagram video clip supporting a leveling-up financing initiative in Lancashire, a non-metropolitan county in North West England. The only flaw with this footage was that the Prime Minister did not wear a seatbelt. Taking note of this, various newspapers and individuals on social media began denouncing the leader and leaving countless comments on this negligent behaviour.

Following this, an official spokesman from Downing Street, the official homes and offices of the Prime Minister of the United Kingdom and the Chancellor of the Exchequer of the United Kingdom, was released. A statement was released by Whitehall. “That was a short lapse of judgement,” the statement read. The PM unbuckled his seatbelt to record a little clip. He completely recognises that this was a mistake and apologises.” “The prime minister believes everyone should wear a seatbelt,” the spokesperson continued.

The Prime Minister of the United Kingdom’s action sparked widespread outrage since a person caught driving without a seatbelt faces a £500 punishment. Only in a few instances is not wearing a seatbelt permitted in the United Kingdom. This includes scenarios in which the vehicle is being used for certified medical difficulties, as well as police, fire, and rescue services.

We must all remember that a seatbelt is one of the most crucial safety features of a vehicle. And regardless of who they are, they should always wear it. It can save lives in critical moments of accidents or disasters. The unexpected death of billionaire and former Tata Sons chairman Cyrus Mistry was the most recent example of this neglect. The business magnate was not wearing a seatbelt at the time of the crash, according to reports. Following his death, the WHO conducted a study on the seatbelt situation in India, and the results were, to say the least, appalling.

According to a WHO study titled “Road Incidents in India 2021,” 16,397 people died in road accidents involving four-wheelers, the majority of them were not wearing seat belts. 7,965 people were killed as passengers, while 8,438 were killed behind the wheel. Around 3,863 people were killed in this disaster in Uttar Pradesh, with Madhya Pradesh (1,737) and Rajasthan following (1,370).