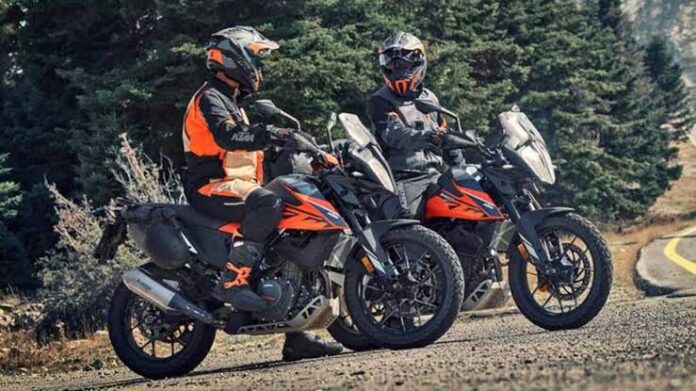 In recent years, the adventure motorbike market has grown significantly. In India, there are a variety of ADV bikes available, ranging from entry-level versions to premium large-capacity ones. A few more adventure bikes are on the way, as client demand continues to grow.

We’ve compiled a list of 7 ADV motorcycles that are slated to hit the Indian market in the near future.

Royal Enfield is currently developing a 450cc version of the Himalayan ADV, and test units have been spotted on Indian roads several times. The new model will be substantially different from the present Himalayan, with a sleeker design, a new trellis frame, and some added features.

A new 450cc liquid-cooled single-cylinder engine will power the forthcoming RE Himalayan 450. The peak power and torque of this motor are projected to be around 40 PS and 40 Nm, respectively. It’ll most likely be a 6-speed transmission.

Kawasaki, a Japanese two-wheeler manufacturer, is set to debut the revised Versys 2022 in India very soon. The new version debuted at EICMA 2021, with improved styling – sharper headlamps, restyled body panels, new graphics – as well as additional features like as adjustable traction control, a fully-digital instrument console, and an adjustable windscreen, among others.

The 2022 Kawasaki Versys 650 will be mechanically identical to the current model. It will be driven by the same single-cylinder 649cc liquid-cooled engine that produces 66 PS of peak power and 61 Nm of maximum torque. A 6-speed sequential transmission will handle transmission responsibilities.

The Triumph Tiger 1200 will be available in India very shortly, and pre-orders have already begun. The new-generation vehicle features a sleek and crisp look, and the frame is lighter than before to help with handling on and off the road. It also comes with a slew of high-end features.

The new Tiger 1200 is powered by a liquid-cooled, 1160cc three-cylinder engine. This engine produces 150 horsepower and 130 pound-feet of torque, respectively, and is mated to a 6-speed sequential transmission.

Ducati will launch the Multistrada V2 — a replacement for the Multistrada 950 – in India very soon, most likely later this month. The design will not be drastically altered, but the ergonomics will be tweaked, the kerb weight will be reduced, and there will be a slew of new features.

Ducati Multistrada V2 will have the same 937cc L-twin engine as the Multistrada 950, but it will be significantly retuned. This engine will produce 114 horsepower and 94 pound-feet of torque, and it will be coupled to a 6-speed sequential gearbox with a two-way quickshifter on the higher-spec ‘S’ edition.

Hero MotoCorp is reportedly developing a new premium adventure motorcycle for the Indian market, according to several sources. This new vehicle is likely to be influenced by the manufacturer’s Dakar rally motorcycle, which was shown in an unfinished prototype in 2020.

The next ADV from Hero MotoCorp will most likely be driven by a 450cc liquid-cooled single-cylinder engine. This engine will most likely produce 40 to 45 horsepower, which is sufficient for any on- or off-road adventure. It will also be supported by a trellis frame that is both lightweight and sturdy.

The revised 2022 KTM 390 Adventure was launched globally in December of last year, and it comes with a few new features including as adjustable traction control and cornering ABS, as well as improved aesthetics. However, there will be no other significant alterations to the motorcycle.

The engine will remain the same in 2022; the KTM 390 Adventure will be powered by a 373cc liquid-cooled single-cylinder engine that produces 43.5 PS and 37 Nm. It comes with a 6-speed sequential transmission, as well as a slipper and assists clutch and a bi-directional quickshifter.

KTM India is planned to launch a few large-capacity motorcycles in our market in the near future, one of which will be the new 890 Adventure. It will most likely be imported into India via the CBU method in the near future.

The same 889cc liquid-cooled parallel-twin engine that powers the KTM 890 Duke would power the 890 Adventure. On the latter, this motor produces 121 PS and 99 Nm, but it could be modified differently for the adventurous model. The transmission, on the other hand, will remain a 6-speed.