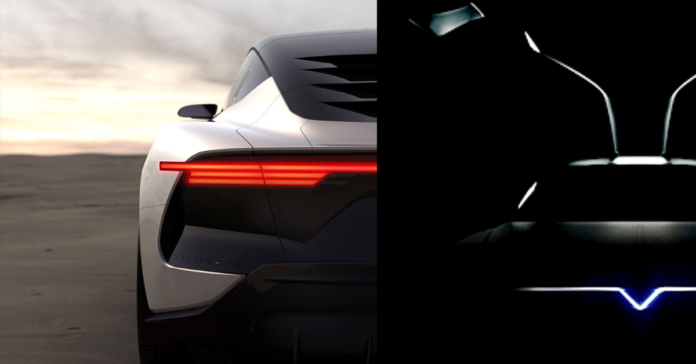 In other DeLorean news, the automaker has released yet another teaser video, this time featuring the future all-electric sports car’s full-length light bar and backlit emblem against a red backdrop. The gull-wing doors and louvres came first, followed by the light bar.

Although this teaser only shows the car in a dimly lit environment (perhaps on purpose; after all, this is a teaser), it is enough to disclose that the car’s overall form and outline are typical hypercar proportions. The tight passenger compartment and prominent hips are obvious clues of what to expect from the forthcoming electric vehicle.

We now know that an all-electric DeLorean is in the works and will make its debut at Pebble Beach this year. But it appears that one thing has become clear: we’ll be getting a teaser every month until the final unveiling in August. Back in February, the manufacturer teased us with a rendering of the front fascia, followed by another teaser of the future EV’s rear end last month. May has here, bringing us to this latest teaser. You should be able to get a scent of the louvres if you look attentively, and the full-length lightbar will eventually unveil itself.

Giorgetto Giugiaro and Italdesign are working together on the new DeLorean, as they did nearly four decades ago on the original. It would undoubtedly aid the DeLorean in standing out in a sea of supercars. I mean, at the very least, this should be an option. I’m excited to see what comes next. Then it’s on to the June teaser. Keep an eye out.