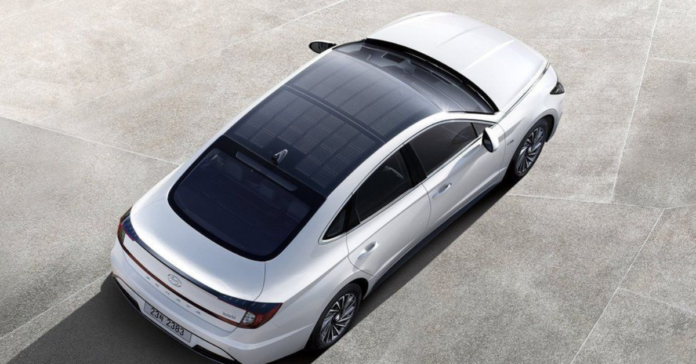 While electric vehicles are now getting much-deserved popularity, there are still a few hurdles to overcome before they can be widely accepted. The absence of charging infrastructure in the form of fast-charging stations, range anxiety, and the time it takes to charge such vehicles are the main factors preventing people from prioritising electric vehicles over IC engine vehicles. During intercity travel, these factors become even more of a worry. To solve these difficulties, a few car manufacturers have begun developing solar-powered electric vehicles.

While the whole switch from internal combustion engines to battery electric vehicles is still a ways off, especially in India, EV acceptance has skyrocketed in recent months. The high popularity of vehicles like the Tata Nexon EV and MG ZS EV, as well as the introduction of worldwide EVs by luxury carmakers, attest to this.

Despite this surge in popularity, automakers are treading carefully with their electric vehicle ambitions due to concerns about range anxiety and long charging periods. Adapting solar energy to the electric transportation ecosystem has begun to address this challenge. Several fast-charging stations have begun to install solar-paneled canopies, making charging electric vehicles faster and less expensive.

It calls for contemplation of installing solar panels directly on the body panels of the car, which seem to be a sure-shot solution for the core issues of electric mobility. Though, it’s not all as easy as it looks.

Since 1962, real-sized cars have been considering the use of solar panels on their roofs. Since then, this concept has been in the works for racing and technological advancement, but not for full-fledged application in production cars. Solar-powered vehicles, like all-electric vehicles, are quiet to drive, emit no pollutants, and require less maintenance.

You May Like:  Top 10 Best Selling Second Hand Cars In India

Sono Sion, which has been in development by Germany-based Sono Motors since 2017, is one of the best instances of solar-powered electric automobiles. In peak conditions, the Sono Sion’s 248 solar cells incorporated around its body may extend the range up to 245 kilometres each week. Despite receiving a large number of orders, however, Sono Sion production will not begin before the end of the year.

In 2021, Fisker, a car firm located in the United States, will unveil the Ocean SUV with a solar roof, which will use SolarSky roof technology to generate enough solar energy to offer a range of 2,500-3,000 kilometres per year. Mercedes-Benz has shown off this technology with the Vision EQXX concept, which features 117 solar cells on its roof that can deliver an additional 25 kilometres of range per day in perfect conditions.