Wyclef Jean’s Car Collection | What cars does Wyclef Jean Own? 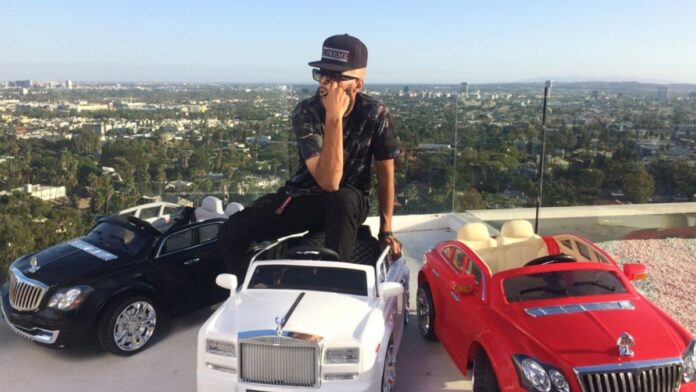 Wyclef Jeans owns some of the more expensive cars like the Mclaren F1, Pagani Zonda C12, two Rolls-Royce, and many more.

Wyclef Jean, the former leader of the Fugees, enjoys automobile collecting as a passion. He’s amassed a collection of 37 exotic automobiles that have been custom-made to match his persona. Jean has always stated that he considers automobiles to be pieces of art. Because Jean is politically involved in Haiti, one of the world’s poorest countries, his expensive collection has sparked outrage. Whatever the case may be, few can deny that the automobiles in his collection are among the most magnificent ever created. Although Jean rarely talks about his collection, here are a few of the most unique items.

Starting with the most expensive Mclaren ever made in today’s date. The McLaren F1 dubbed the “fastest vehicle in the world,” is a supercar designed for everyday use. Top speeds of nearly 240 miles per hour are possible because of the streamlined design and lightweight materials. This vehicle, unlike other sports automobiles, offers accommodation for two back passengers. Wyclef’s McLaren is thought to have cost him over a million dollars. The autos have grown relatively scarce since then. His worth may have increased by a factor of two or three.

The car in the collection of Wyclef Jean is the Pagani Zonda C12. The Pagani Zonda C12 was one of the most sought-after Italian sports cars of all time. Only about 200 automobiles were ever made. With its 6.0 liter V12 engine and carbon fiber body, the automobile was exceedingly striking. Jean’s cherry red C12 is one of just three versions remaining in existence in the United States.

Unlike Wyclef’s previous unusual automobiles, his Hummer H2 is plain on the outside but elaborately personalized on the interior. The Hummer H2 is a six-seater that was modeled after a military transport truck. What sets Jean apart is the gigantic aquarium he constructed in the rear. Before putting it out on the road, he is known to stock it with sharks.

Jean is a modest collector who most likely disperses his collection over his several Florida locations. Several stories have circulated that he plans to create a vehicle museum and donate all of the revenues to a Haitian charity. It will then allow vehicle fans to have a better look at his unique collection.

Wyclef has a penchant for fast cars. The Ferrari 360 is one of those vehicles that sounds, looks, and drives as a fast automobile should. The 360 Spider is Ferrari’s 20th road-going convertible, and it is a world record-breaker in two ways. Its V8 engine can reach speeds of over 290 km/h and is 28 percent lighter than prior versions, allowing it to accelerate even faster.

The Lamborghini Murcielago, which was produced in 2001 after an 11-year hiatus from Lamborghini, is another supercar in Wyclef’s collection. You can only imagine the craziness that ensued. The Murcielago is powered by a V12 engine. The Murciélago’s lines are vintage Lamborghini, and its design pays respect to the company’s most important icons, so it’s no surprise Wyclef wanted one for his remarkable collection of historic automobiles.

The Rolls-Royce Phantom is a car that frequently appears in celebrity automobile collections. It’s a ride that exudes pure luxury and elegance. It is a full-size saloon-style car that comes in a variety of versions.

Nonetheless, the majority of them cost more than $500,000 and have a top speed of roughly 155 miles per hour. Although Wyclef like fast cars, he also appreciates classics.

Wyclef has a second Rolls Royce. It’s even more of a classic this time. A 1958 Rolls-Royce Silver Cloud is part of his collection. Beyonce is one of the celebs that have one of these.

The manufacture of the Silver Cloud came to a standstill in 1966, making these automobiles exceptionally rare and consequently expensive. This was one of Rolls Royce’s most popular models in the late 1950s. The engine was a 4-liter 300cu in, with 155 horsepower for riders.

Wyclef’s collection also included a Bentley Arnage, which is an iconic memory. It was featured in his song “Hips Don’t Lie,” where the inside was specially created. The interior of the automobile was far more lovely than the appearance. Although the Arnage is a Bentley classic, it lacks the opulence of Wyclef’s other vehicles.

A 1954 Cadillac Eldorado Biarritz is another remarkable vintage in Wyclef’s collection. Cadillac built the Eldorado Biarritz for twelve versions, from 1952 to 2002. As a result, Wyclef has a traditional model. His is pink, and he is frequently seen driving it in a pink suit, which pays reference to his eccentric nature.