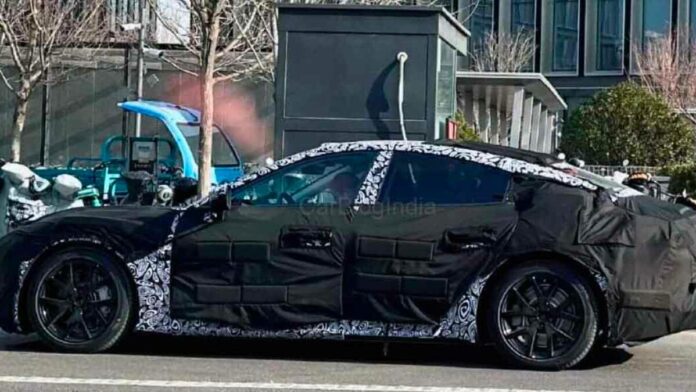 The highly anticipated Xiaomi electric car, which would eventually compete with Tesla models, has been spotted in China. Despite the fact that the automobile industry has been around for more than 200 years, modern and futuristic cars are most likely to be electric. This is the reason why businesses outside of established corporations are attempting to manufacture vehicles. One such business with a solid history in consumer electronics, including smartphones, smart TVs, and other electronic devices, is Xiaomi. Its emphasis on autonomous driving is indicated by the features that are anticipated.

Xiaomi has a lot of confidence in autonomous vehicles. That is made possible by the high-precision, cutting-edge LiDARs that many current EVs use. However, it has identified Hesai Technology as a LiDAR supplier for its first electric vehicle. According to a LatePost report, this LiDAR system uses a hybrid solid-state LiDAR, AT128 as the primary radar, and several all-solid-state radars as fill-in radars to cover a sizable blind spot area. Autonomous driving may become a reality with the help of such products and technologies.

In actuality, the Li L9 SUV, which has been in production since August 30, 2022, already uses this AT128 LiDAR. According to the report, Xiaomi has already started testing its electric vehicle and aims to rank among the top players in the market by 2024. It will spend RMB 3.3 billion (about $482 million US) on research and development for the first stage of a self-driving project in order to accomplish that.

Furthermore, Xiaomi reportedly had a team of over 500 individuals last year, and by the end of 2022, that number is expected to have grown even more. In this initial phase, 140 vehicles will be in the testing phase and will be driving throughout China. The outcomes of the initial testing phase will determine the development’s next step. To date, Tesla has demonstrated reluctance to introduce its products in India. The Xiaomi electric vehicle, if introduced here, could essentially have a free run since it doesn’t appear that the renowned EV manufacturer will change its mind anytime soon.

Also Read: Xiaomi Will Launch Its First Car in 2024 : Reports