Indeed, having a car named after you must be one of the greatest honors for any gearhead. There are a few essential ways that automakers go about calling their cars. The most common in the modern world of automotive is the alphanumeric words. Think that of a BMW 760i or Audi Q7. Many cars of top brands hold the alphanumeric soup and have become popular as an automaker can’t use a name that one thing in one language or something in another.

Because a car’s name is part of its identity, car designers take into account a variety of aspects surrounding and concerning the vehicle. It’s no surprise that top brands are named after influential persons and personalities, and the same is true for automobile names. Here are some automobile models named after real persons. You need to be very special to possess a car like any of these named after you in the real automotive world.

Koenigsegg created the limited production mid-engine Jesko sports car. The Koenigsegg Jesko was unveiled at the 2019 Geneva Motor Show as a tribute to Christian von Koenigsegg’s father, Jesko von Koenigsegg. Since Christian’s childhood, Jesko (his father) has played a significant part in inspiring and contributing to his aspirations.

Mr. Jesko was also the first chairman of the Koenigsegg board of directors, investing much of his life savings and effort to ensure the company’s success. Jesko’s extensive business knowledge proved crucial in establishing an experienced board that would quickly establish methods and structures to propel Koenigsegg Automobiles into the future. Christian opted to honor his father in his company legacy by naming a car after him as he turned 80 in 2018. Koenigsegg Jesko is a beautiful engineering masterpiece. It has a 5.0-liter V8 engine that can produce 1600 HP. The cost of Jesko is around $2,800,000 and it can cover a distance of 480 kmph.

Alfa Romeo was one of the first automotive manufacturers to put heavy powerful engines in a lightweight four-door car which was up to 2205 lb into mass production. These cars were the first in a line of sporty four-door compact executive cars produced from 1962 to1978.

The origin of Alfa Romeo’s Giulia name is not clear, although the brand named the car after the actress Giulia Ann Giulietta, the wife of the legendary film director Federico Fellini. In 1950, a group of Alfa Romeo executives was in Paris, hanging out at a nightclub with Grand Prix racer Jean-Pierre Wimille. Among tiny European four-door sedans of the time, Giulia sedans were recognized for lively handling and strong acceleration, especially given the low engine capacities available.

The Huayra BC is named after the late Benny Caiola, Horacio Pagani’s best friend and the company’s first customer. The engine of the Huayra BC is a modified version of the normal engine, providing 754 HP and 1,000 Nm of torque. ‘BC’ is a memorial to the late Benny Caiola, a vehicle collector and property entrepreneur who died in 2010 at the age of 79.

Horacio Pagani, the founder of Pagani Automobili S.p.A, was greatly inspired by Benny over the years. Despite owning one of the most extensive Ferrari collections, he was so impressed with the Pagani car designs’ technology and passion that he became the first client to purchase a car from Pagani Automobiles. His initials are on the car, which is a hardcore track-spec Huayra with 789 BHP. The Huayra BC has a lighter titanium exhaust system, new aluminum alloy wheels, and an interior that has been stripped down. The tyres are Pirelli P-Zero Corsas with 12 different rubber compounds, and the suspension and wishbones are Avional, an aeronautical grade aluminum.

The Huayra BC also gets a new front bumper with a splitter and winglets, deeper side skirts, and an air diffuser that spans the entire width of the rear bumper, complete with a large rear wing.

The LP550-2 Valentino Balboni is limited to only 250 units worldwide and is named after Lamborghini’s acclaimed test driver, who was employed by Ferruccio Lamborghini himself in 1967 and has been essential in refining the dynamic features of every Lamborghini model produced since 1973. After 40 years at Lamborghini, he was forced to resign in 2008 due to labor limitations imposed by the Italian government. With nearly 80% of all Lamborghinis ever made, the vehicle business considered him a crucial player within the firm.

Because the Balboni has rear-wheel drive, the curb weight is reduced by 30 kg (66 lb) to 1,470 kg (3,241 lb). The engine produces 542 HP. Other features include a re-calibrated optional E-gear transmission, a redeveloped 45% limited-slip differential, full leather black upholstery with white color strips, a stripe down the center of the car, and a badge below the left side window bearing Valentino Balboni’s signature and the car’s production number.
The badge is situated at the bottom of the right-hand-drive rear window on right-hand-drive vehicles.

The SLR McLaren Stirling Moss is named after the British racing driver with the same name, Sir Stirling Moss. It is a limited edition variant of the Mercedes-Benz SLR McLaren which was unveiled back in 2009 in North American Autoshow. The car is designed by Korean Designer Yoon-II-Hun and the design is inspired by the 300 SLR race car. The SLR Stirling Moss was the last series of the McLaren SLR built under the dual partnership agreement between Mercedes-Benz and McLaren.

The supercharged 5.4-liter SLR AMG V8 engine produces 650 HP. The SLR Stirling Moss had a top speed of 350 km/h and could accelerate from 0 to 100 km/h in just 3 seconds. Because of the carbon fiber construction and speedy style, the car is approximately 200 kg (441 lb) lighter than the standard model.

The car is named after the late and legendary Austrian Formula One Driver Niki Lauda. He was a former teammate of Prof. Murray and one of his dearest friends. Murray decided to name his car after Niki because of his peak performance in F1 racing and driving the car made by Murray himself.

During the 70s Niki was driving an F1 car Brabham BT46B which was built by Gordan Murray for the 1978 F1 season, Niki won the race at Swedish Grand Prix driving the same car which was the first win for a car itself. Murray gave tribute to Niki Lauda as he named his car after him for his great career in the field of motorsport racing.

McLaren created the Senna to represent the most nimble and fastest car on the circuit. The name of this car was inspired by Ayrton Senna. Senna had a lot of success with McLaren’s Formula One Team from 1988 and 1993, before his terrible death in 1994.

During his F1 career, he drove for 4 teams, and in which his most successful years in racing came out with the team McLaren. He won 41 Grand Prix at 17 different circuits around the world and won all 3 Formula 1 World Championship titles with Mclaren in 1988, 1990, and 1991.

Alfredo Ferrari, Enzo’s first son and heir apparent, was known as ‘Dino.’ He died at the age of 24 in 1956, but his name lingered on as a sort of Ferrari sub-brand until the mid-1970s. The beautiful 246 GT and GTS, manufactured between 1969 and 1974, is perhaps the automobile best associated with the Dino brand.

The 246 GT had a 2400 cc larger engine, longer bodywork, and a 200 kg heavier full-steel bodywork. Despite sporting a Dino emblem rather than a Ferrari insignia, the Dino 246 GT still won over many sports car enthusiasts. Over the course of three series, Ferrari produced a total of 3,741 vehicles.

Named after the company’s founder, Enzo Ferrari, the Enzo Ferrari (Type F 140) is a mid-engine sports car produced by the Italian automaker Ferrari. Despite being a wealthy business owner, Enzo Ferrari had experience driving race cars. It, therefore, made sense for Ferrari to use Formula 1 race technology when creating the Enzo model, including a manual transmission with automated shifts, a body constructed of carbon fiber, and ceramic composite disc brakes with silicon carbide reinforced carbon fiber.

Elise was given that name in honor of Elisa Artioli, Romano Artioli’s granddaughter and the chairman of Lotus and Bugatti at the time the car was introduced. Elise, Exige, and Evora production will cease in 2021 to be replaced by a new family of vehicles.

In 1993, businessman Romano Artioli of Italy purchased Lotus from General Motors. He created the EB 110 supercar while also being the owner of Bugatti. Artioli led the creation of the M 111, a new mid-engine Lotus sports vehicle. But the vehicle had a new identity when it made its premiere at the 1995 Frankfurt Auto Show. Elisa Artioli, Romano’s granddaughter and the source of the Elise name, was seated behind the wheel of the cute tiny car on the auto show exhibit as the cover was removed.

Which is your favorite person in your life? Would you like to engrave their names on your favorite cars tell us in the comment below. 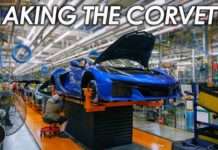