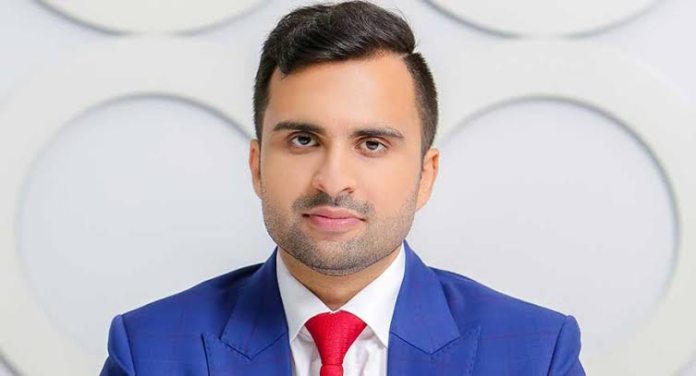 Adel Sajan is an Indian-origin Billionaire who is currently in UAE. 3o-year-old Adel is the Director of Danube Home and was introduced to the family business at a very young age. His net worth is about $1.3 billion and he leads a lavish lifestyle.

The first car in his garage is most beautiful looking car from Italian Manufacturer. This car was introduced in 2014 although this car discontinued after several years. This car is gifted by Adel father and he is very oftenly spotted with this car. Adel has also said that the Ferrari California T is his favourite car and he prefers driving it over the other exotics.

Adel Sajan always has a sweet dream with convertible cars. Even, this car is gifted from his father the luxurious Bentley continental GT Speed Convertible on his wedding day. As you can see in the picture this car has a red roof and red interior which seems interesting touch-up with the black paint job. It is one of the most expensive cars in his garage.

Lamborghini Gallardo became one of the most popular cars from the Italia manufacturer ever. You can find Gallardo in the every corner of the world every buyer attract towards this car. He has wrapped his Gallardo with a funky wrap and it looks like a head-turner.

Adel also has Rolls Royce Phantom in his garage. He owns this car in blue colour, looks extremely lavish from the outside. The Phantom is top of the line sedan from the British luxury carmaker and is the preferred choice of many billionaires around the world. It offers some of the most luxurious features.

This rich family has also the Bentley Flying Spur in the house. This is another extremely luxurious, performance car from the British manufacturer that has found its way to many super-rich garages. This Grand Tourer Sports has its name in the performance segment. Under the hood this sedan is powered by W12 version of the car was the first four-door Bentley to cross the 200 mph or 322 km/h speed limit.

Another Bentley car he owns is Bentley Bentayga which is SUV. Although no pictures are surfaced over internet of this car with this buisness family but they have it. He has told in an interview to Gulf News that he loves taking out the Bentley on the weekdays to meetings and his office.

Cadillac also has been the part of Adele garage. In the same interview with gulf news he also mentioned about this car but unfortunately no pictures with this car. The Escalade is an SUV from the USA and an armoured version of the vehicle is even used by the president of the country.

They also has this insanely popular SUV among the celebrities Range Rover Autobiography in their fleet. Probably they use this car for daily commute. The black colour luxurious SUV offers some of the most extravagant features and it sure steals all the eyes on the roads.

As you can see the above picture this is very recent add-on by Danube group owner to his greatest car collection. He owns this car in standard yellow colour. While high-performance crossovers have existed for some time, the Urus looks to ignite a more exotic breed of hi-po SUV. Wild exterior styling, impressive SUV capabilities, ferocious performance aptitude.