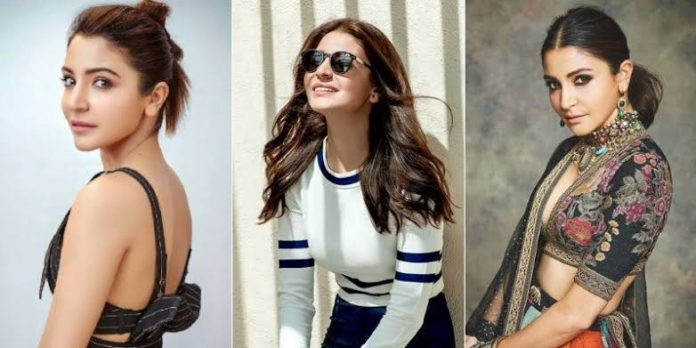 Anushka Sharma is an Indian Model and Actress. Anushka debuted with Shah Rukh Khan in the movie ‘ Rab Ne Banadi Jodi ‘ in 2008. She is married to Indian cricket team captain Virat Kohli in 2018. Both Virat & Anushka are super fans of sports cars. Anushka Sharma Car Collection is as pretty as her.

Anushka and Virat uploaded many videos during the lockdown. The most adorable couple blessed with a baby girl on 11 Jan 2021. ‘Vamika’ is her name. Virat takes a break from Australia- India cricket game series & comes to India to enjoy this happy moment with Anushka. Virat and Anushka often called ‘Virushka’.

Anushka Sharma no exception to love for rover. Many Bollywood celebrities loves and owns Landover cars. Anushka Sharma own 2 Landover cars one is Vogue And another is Autobiography. You will see her many times using this Range Rover Vogue while leaving and arriving in Mumbai at airport.

The Land Rover Range Rover Vogue (SWB) has a seating capacity of 5. The Range Rover Vogue comes as a 3.0-liter petrol engine, producing [email protected] along with 8-speed automatic transmission. It accelerates 0-100 kmph in 8.3 Seconds. The top speed of the car is 210 kmph. It costs around 2.42 crores INR.

This car is also Anushka Sharma’s favorite one. Anushka Sharma owns 2 Land Rover as we discussed first is Vogue and now the second one is Land Rover Range Rover Autobiography (LWB). This one stands first in the price range of vehicles available in the Anushka Sharma car collection. It costs 2.76 crores INR.

Technical specifications are similar to Vogue. It is a petrol vehicle having 3.0 lit. engine creating 503 BHP. It has a longer wheelbase than Vogue which is 5199 mm whereas Vogue has 4999 mm. Can cover 0-100 speed acceleration in 5.8 seconds and full-throttle gives the top speed of 225 kmph.

Audi Q8 is said to be gifted from Virat Kohli to his wife Anushka Sharma. Anushka and Virat spotted many times riding this masterpiece from Audi. Virat Kohli is the first owner of the Audi Q8. Audi Q8 launched in India on January 15th, 2021. Virat Kohli is the brand ambassador of Audi India. He owns many cars of Audi and this is a new addition to this.

Technical specification of the cars are :

This is one of the most expensive cars in Anushka’s garage It cost Rs. 1.34 crores INR. The engine type is a TFSI 3-liter Petrol engine with a power capacity of 340 BHP. The transmission available is an 8-speed automatic which reaches the top speed of 250 kmph.

According to some reports, Anushka Sharma also owns one BMW 7 series car. 7 series from BMW is a Limousine type vehicle. In Bollywood Samantha Ruth Prabhu, Priyanka Chopra, Sunny Leone, and many celebrities have this car in their garage.

We are Autobizz.in have Instagram page for technical analysis of cars. So here are some technical feature of the car are.

Anushka Sharma owns BMW 7 series is one of the most luxurious cars from BMW. It has a seating capacity of 4. The BMW 7 Series has a 6.0-liter diesel engine producing 554 [email protected] along with 8-speed automatic transmission. It accelerates 0-100 kmph in 5 Seconds. The top speed of the car is 250 kmph. It costs around 2.46 crore INR.

Bentley Flying Spur is what to say a fan moment for me !!!. Bentley Flying Spur (base model) costs 3.21 crore INR. One of the best in segments. In the year 2017 Bentley reveals the black version as the W12. Virat owns Bentley GT in Delhi and Flying Spur which is in Mumbai city. It is fast and quick also very good color combinations are used in this version.

Technical features of the car are wonderful have a look:

It has a huge engine with a 6-liter capacity of 626BHP is power output seating is comfortable for 4 occupants. The top speed of the car is 333 kmph what a speed. 0-100 speed can be reached in 4.6 seconds. 8-speed AWD Automatic transmission is available.

See you in the next blog. Until then Take care of your self and loved ones and stay home !