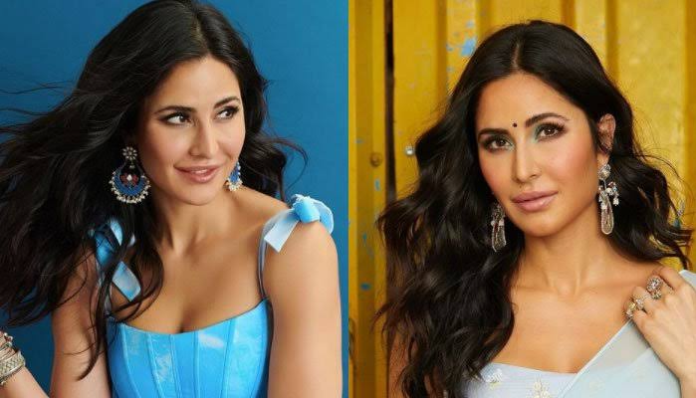 Katrina Kaif Car Collection has expensive cars ranging from Audi’s to Range Rover and Mercedes. Katrina is also one of the richest actresses. The actor’s success reflects in her lavish way of life and the costly things that she owns.

Katrina is primarily from London and made her Bollywood debut opposite Salman Khan In Maine Pyaar Kyun Kiya. She has also worked with acclaimed superstars like Akshay Kumar and Amir Khan. With a yearly income of over ₹23 crores, she has been part of the Forbes list of highest-paid celebrities in 2019 securing the 23rd position.

So we have made a list of Bollywood’s glamour’s and famous Katrina Kaif’s Car collection.

Katrina has been spotted this muscular rover in Mumbai. The model she uses is white in colour and a Lavish light brown leather finish. There were rumors that the actress has been gifted with the Range Rover Vogue by Salman.

The 2020 Range Rover Vogue LWB is controlled by an Ingenium 3.0-liter 6‑cylinder Turbocharged Petrol engine. The overwhelming SUV produces 394 bhp of power and 550 Nm of torque. It comes mated to an 8-speed automatic transmission. According to Range Rover’s claim, the 4×4 junkie SUV can clock a maximum speed limit of 225 kmph.

The Bang Bang actress-rich collection of vehicles also includes a Mercedes ML 350 worth almost ₹66 lakhs. Reporters have seen her frequently going out in the Mercedes. The car is in White color and seems to be the favorite of the film star. The safety and the comfort on the SUV is the thing which attracts Katrina towards the SUV.

Mercedes-Benz M-Class ML 350 CDI is the top-end model in the M-Class lineup of the company. The Mercedes ML 350 comes with a 3.0-liter engine with 6 cylinders. The vehicle can produce a most extreme force of 258Bhp and 619Nm torque and can go from 0-100 km/hr in 8.3 seconds.

Audi Q7 is one of the mainstream SUVs from the German Automaker. The Audi Q7 is spotted at numerous media events ferrying Katrina Kaif. The flagship SUV model she owns comes with a 3.0-liter V6 diesel engine. This dark grey shade car with a light grey interior is meant to give luxury to the rear passenger with wide legroom.

In fact, seems as Katrina Kaif has optioned out for a customized number plate. As a similar number plate for her Range Rover Vogue. The one on her Audi Q7 the petrol engine is available with a 6-speed automatic transmission. The Audi Q7 costs Rs 80 lakhs (ex-showroom), India.

The car promoted by her in India and she also owns the one is the older generation Audi Q5. The Q5 35 TDI is fueled by a 1968cc TDI diesel engine, the Q5 delivers 190 bhp of power and 400 Nm of peak torque. The engine option is available with S Tronic dual-clutch automatic transmission. The Audi Q5 Karina owns costs 55 lakh INR.

The interior on the car is done with grey material but not with the leather. The interior is fully equipped with features like configurable seats, 3-zone automatic climate control. The Audi Q5 first generation was launched in India in 2011.