Bajaj reintroduced the Platina 110 with single-channel ABS in India. Bajaj Platina 110 is a premium-looking commuter bike and packs several nifty features such as Nitrox suspension, a well-cushioned seat, and wide footrests to make commuting comfortable.

Bajaj offers the Platina 110 in two variants: disc with ABS, and drum. The former costs Rs 72,224, whereas the latter will set you back by Rs 68,544 (both ex-showroom Delhi) and both are available in three color schemes. The Platina 110 drum variant is offered in Ebony Black Blue, Ebony Black Red, and Cocktail Wine Red – Orange. The disc variant, meanwhile, is offered in Ebony Black, Cocktail Wine Red, and Saffire Blue.

Notable features on the Platina 110 include a quilted seat, broad pillion footrests, a Nitrox spring-in-spring suspension at the rear, and tubeless tyres. The motorcycle also comes with an LED DRL. The semi-digital instrument cluster displays ABS & gear indication and gear shift prompt (both exclusive to the disc variant).

The 115.45cc single-cylinder mill in the Platina 110 makes 8.6PS and 9.81Nm. The engine works alongside a five-speed transmission, making it the only one in its segment with this feature.

Underpinnings on the Platina 110 include a telescopic fork up front and twin spring-in-spring Nitrox shock absorbers at the rear. The front benefits from either a 130mm drum or a 240mm disc brake while the rear makes do with a 110mm drum unit. Its kerb weight stands at 122kg in the disc brake variant and 119kg in the drum brake version.

Its primary competitors are the TVS Radeon, Honda Livo, and Hero Passion Pro. For around the same price, you can also get the Hero Splendor Plus Xtec and Hero HF Deluxe. 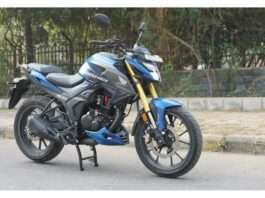 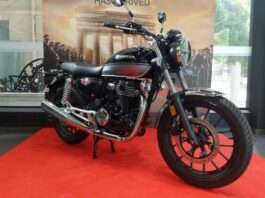 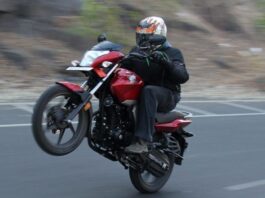