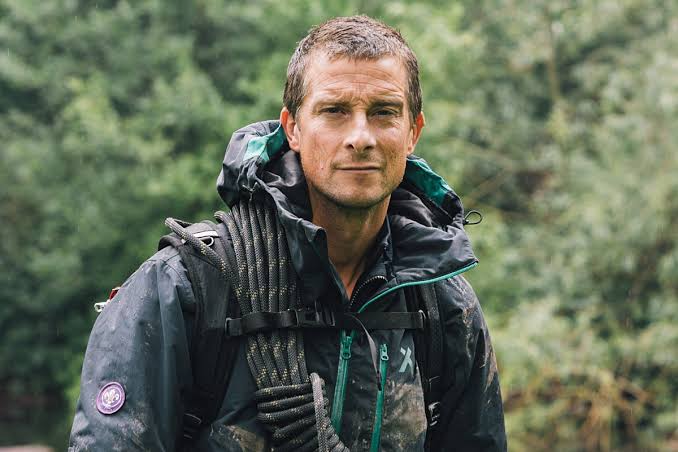 Edward Michael “Bear” Grylls is a British adventurer, writer, television presenter and businessman. Grylls first drew attention after embarking on a number of adventures, and then became widely known for his television series Man vs. Wild (2006–2011).

From 1994–1997, he served in the Territorial Army with 21 SAS as a trooper trained in, amongst other things, unarmed combat, desert and winter warfare, survival, climbing, parachuting, and explosives. From a family with strong cricketing background, his grandfather Neville Ford and great-great-grandfather William Augustus Ford, were both first-class cricketers. He is the son of Conservative politician Sir Micheal Grylls and his wife Sarah “Sally”.

According to therichest.com, Bear Grylls’ net worth is estimated to be $20 million dollars as of 2020. The site also claims that Bear Grylls’ income per episode is $30,000. Known for his passion for the outdoors and survival in the wild, he was appointed the youngest-ever Chief Scout (head of The Scout Association) at the age of 35. Grylls owns a small, private island hideaway in Wales, U.K. It’s 20 acres and five miles offshore with no electricity, or running water. It has a little lighthouse beside the house and is surrounded by amazing sea cliffs, seals, and dolphins. His vehicle is mainly use for his production works where in he use it to get down jungle tracks, move crew in and out and for resupply purposes. Lets take a look at his Car Collection.

Bear Grylls owns a old model of Defender. The vehicle runs on a 2.0 L 4-Cylinder turbo-deisel engine. It produces 196bhp of horsepower. The vehicle can gain a top speed of 119 mph and can accelerate from 0 to 100 Kmph in 8.1 seconds respectively.

Grylls also owns the New Land Rover Defender. It is a 6 seater SUV which comes at a price of 70,000 USD. Defender is the strongest and most capable vehicle creater by the brand. The vehicle runs on a 3.0 L 6-Cylinder which is capable of generating 297bhp of horsepower and 400 Nm of Torque. The vehicle can reach a top speed of 207 mph and can whip from 0 to 100 kmph in 6.0 seconds.

The Lincoln Navigator is a big, powerful and luxurious SUV which is an excellent option for offroading, towing heavy loads & also for large families. Its sole engine is a turbocharged 3.5 L Ecoboost V6 rated at 380 hp and 623 Nm of torque when using premium fuel. The vehicle costs about 43,000 USD and its new upgraded models start at a pricing of whooping 60,000 USD. The vehicle has a top speed of209 kmph and can go from 0 to 100 in around 7 seconds.

The Land Rover Discovery is a 7 seater Luxury which starts at a pricing of 53,000 USD. The vehicle is a versatile compact SUV that ensures high levels of comfort and all-terrain capability. The vehicle runs on a Inline 4 cylinder 2.0 L Gasoline engine. The engine can generate upto 240 hp at 5800 rpm and 338 Nm torque at 1750 rpm.