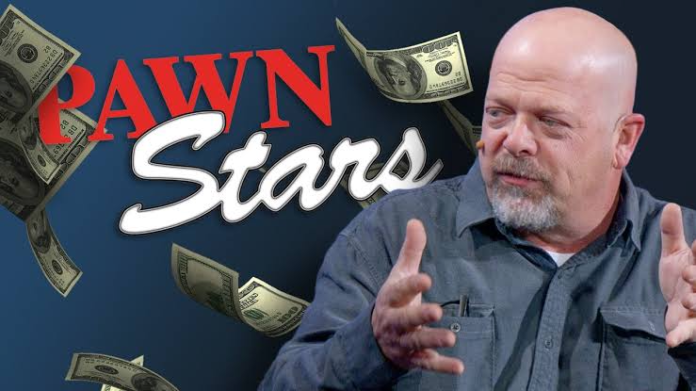 Richard Kevin Harrison aka Rick Harrison is an American Businessman and a Reality TV personality. He is also the owner of the ‘Gold & Silver Pawn Shop‘. He opened the shop with his father, the late Richard Benjamin Harrison in 1989. His shop is featured on the History Series ‘Pawn Stars’.

Rick is a very specific guy who spends his money on special and classic cars and their restoration. Most of his cars are classic cars. Some cars in his collection are priceless as they are completely customized. Let’s take a look at his car collection:-

Rick’s favourite car is apparently his 1940 Chevrolet Special Deluxe. Its suspension is lowered by four and a half inches with an LS1 engine swap done. It is also all air-bagged. Rick has been working on this car for 12 years. It took him 10 years to fulfil his dream of having a 1940 Chevy with a chopped suspension in his garage. We must say, it was worth it.

This car is specially close to Rick as he learnt to drive in this one. It was his first car. He totaled the car at the age of 16. Since then he always said that he will get one. So when he found one, he couldn’t resist and bought it. The model is also known as type 181. It comes with a 1.5 or 1.6 litre engine and a 4-speed manual gearbox.

The Power Wagon is a Four Wheel Drive medium duty truck produced by Dodge from 1945 to 1980. These trucks were based on Dodge’s World War II military trucks. The model that Rick owns is a 1947 one. It has undergone a full restoration and has received a fully custom suspension treatment.

It is not like Rick only has classic cars. The latest one of his cars is a 2018 Ford F-150 Raptor. It comes with a 3.5 litre Ecoboost V6 engine producing 450 horsepower. Rick has this vehicle as his daily driver and he absolutely loves it. The truck has excellent offroad capabilities.