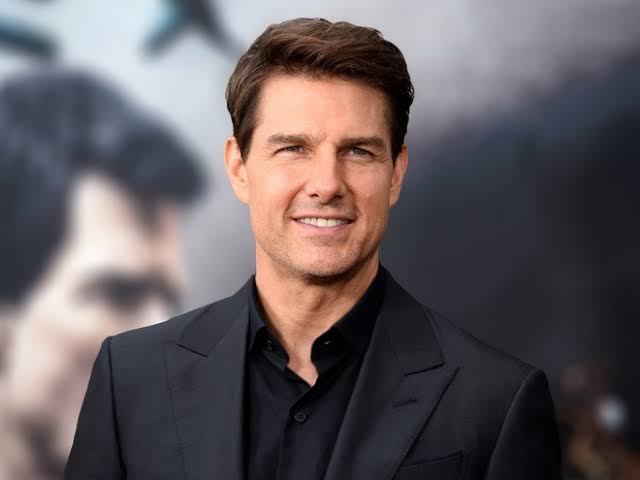 Thomas Cruise Mapother is a 58 year old American actor and producer. Cruise grew up in near poverty and had a Catholic upbringing. After working as a busboy in New York, he went to Los Angeles to try out for television roles. He signed with CAA and began acting in films. He first appeared in a bit part in the 1981 film Endless Love, followed by a major supporting role as a crazed military academy student in taps later that year.

Cruise partnered with his former talent agent Paula Wagner to form Cruise/Wagner Productions in 1993, and the company has since co-produced several of Cruise’s films, the first being Mission Impossible in 1996 which was also Cruise’s first project as a producer.

He has received various accolades for his work, including three Golden Globe Awards and three nominations for Academy Awards. He is one of the highest-paid actors in the world. His films have grossed over $4 billion in North America and over $10.1 billion worldwide, making him one of the highest-grossing box office stars of all time. Tom cruise has some of the very beautiful and luxurious cars in his garage. Lets take a deep look at it.

The Buggati Veryon is one of the favourite cars of Tom Cruise. The Veyron EB 16.4 is a mid-engine sports car, designed and developed and manufactured in Germany by Bugatti. The Veyron features an 8.0-litre, quad-turbocharged, V8 Engine. The engine is fed by four turbochargers and displaces 7,993 cc and can produce 1001 bhp of horsepower and 1250Nm of Torque. The vehicle can attain a top speed of 415 kmph and can whip from 0 to 100 in just 2.5 secs.

Much like Steve McQueen, who tended to buy every car that struck his fancy, especially if he drove one during filming, Cruise too ended up owning a Ford Mustang Saleen S281, one of the 100 limited editions built. The 2 door coupe comes with a 4.6L 2V SOHC V8 engine rated at 220 horsepower. The vehicle can gain a top speed of 241 kmph.

This is a car Cruise owned before he became a big star and could afford bigger, better, and far more expensive rides. And while it may not be a Bugatti, it still managed a cool 370 horses from a 6.8-liter V8 engine, back in the late ‘60s.

The Porsche 911 is a favored celebrity car, enough for many celebrities, big and small, to own it. Tom Cruise owns one too. With its exotic design as well as a powerful rear-mounted engine coupled with a lightweight body – enough to give the Porsche 911 some serious speed upto 260kmph.

Corvette is a 1958 C1 and its as classic as it can be, considering this was the very first generation of the Vette. Cruise has often been spotted in it. The vehicle needs a lot of maintainance because of being of an old generation. Although it manages to gain a top speed of 177kmph.

Cruise starred with Dustin Hoffman the Oscar-winning Rain Man in it, he is seen driving a classic Buick Roadmaster from 1949 – a GM product that introduced pillarless hardtop cars as a first for its time. Cruise fell for the car and ended up buying it, using it for long drives on empty roads when he needs some anonymity. The roadster has a 5.2 L 5247 cc engine which can produce 150bhp of horsepower and 379Nm of torque.

Every celebrity who is a somebody usually owns a Mercedes-Benz. Cruise is no different because one of his everyday rides is a Mercedes-Benz S Class with the best of technology spurring it, and the most comfortable of luxury in it. Fitted with the best of technology and most comfortable of luxury in it, this 4-wheeler goes for a more sedate driving experience. This sedan also packs an optional V-12 engine.

The ford excursion is a full sized 9 seater SUV. It comes with a 5.4 L Triton V8 engine and has gain a top speed of 186kmph. Cruise bought the car at a price of whooping 70,000 USD.