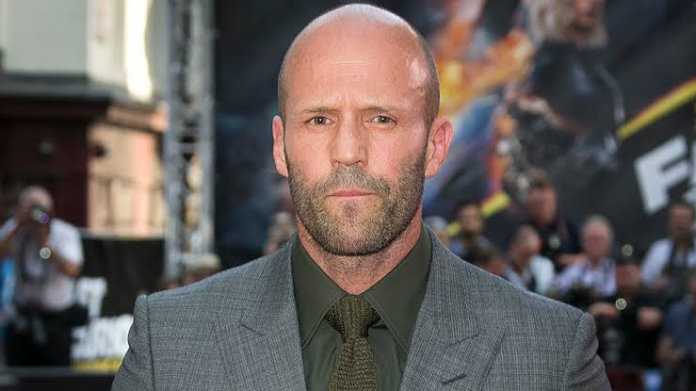 Jason Statham, known for his action-thriller roles (Mostly Anti-hero) is an English actor. He is known for his role as ‘Frank Martin’ in The Transporter trilogy and as ‘Deckard Shaw’ in the Fast & Furious Franchise. He is also part of many action-thriller and heist films, of which the most known is ‘The Italian Job’. His latest outing was the Fast and Furious Spinoff, ‘Hobbs and Shaw‘.

Like most of the typecast action heroes, Jason too appreciates cars. Before getting known for acting, he was a member of Britain’s National Diving Squad. He also ranked 12th in the world in 1992.

Jason Statham owns a 2006 Audi S8. It is a luxury sports car for people who want elegance as well as speed. It comes with a modified V10 engine producing 444 Horsepower. The top speed is electronically controlled to 250 kmph. It can accelerate from 0-100 kmph in about 5.1 seconds.

Audi R8 is obviously a great car. Many celebrities own it and Jason Statham owns two of them. It is powered by a V8 or V10 engine generating a power output of 414 HP or 525 HP respectively. It was offered in two versions of 4.2 FSI and 5.2 FSI Quattro engines, Coupe and Spyder. Other Variants were R8 GT and R8 GT Spyder. Jason Owns one V8 engine-equipped variant and another variant gets a V10 engine.

The Ferrari F12 Berlinetta provides a unique Italian flavour to Jason Statham’s garage. Its V12 engine produces 730 Horsepower and can hit a maximum speed of 211 kmph. It can go from 0-100 kmph in just 3.1 seconds. It was crowned as 2012’s Supercar of the Year by Top Gear.

Do you believe in Love at First Sight? Well, Jason Statham surely does. He fell in love with the car at the time of test drive and he got one for himself. It is a very powerful car with a 5.0-litre supercharged V8 engine producing 543 HP. It can accelerate from 0 to 100 kmph in just 4.4 seconds.

One of the fastest cars in the garage of Jason Statham is the Lamborghini Murcielago LP 640. It accelerates from 0 to 100 kmph in 3.4 seconds. The car is powered by a 6.5-litre V12 engine. The engine is able to produce 631 Horsepower at 8000 RPM. It is also one of the only 4000 models that were built.

In 2009, Jason Statham added the Porsche 997 GT2 to his garage. He is spotted various times cruising the streets of Los Angeles driving this car. It is one of the best models by the German company. The car is powered by a 3.6-litre turbocharged engine which generates 444 HP. It can accelerate from 0 to 100 kmph in 3.7 seconds and can hit a maximum speed of 328 kmph.

Jason also owns a Mercedes Benz S63 AMG with luxury and performance level on par with his Audis. The V8 bi-turbo engine powers the vehicle, producing 577 HP and 900 Nm of torque. It is an excellent piece of engineering.

Jason Statham arrived in this classic E-type for the premiere of his movie, The Mechanic. It is unclear whether he actually owns the vehicle as the reports are conflicting.

Now we know that Jason Statham owns a couple of Audis. Actually, he is a fan of Audi Cars. He is also a proud owner of a 2004 Audi RS6. The car is powered by a 4.2 litre V8 bi-turbo engine paired with a 5-speed automatic transmission. The Speed of the car is electronically limited to 250 kmph.

Normally we associate Aston Martins with James Bond. However, the reel life ‘Transporter’ also owns one in real life. Jason Statham has the DBS Volante model of Aston Martin in his garage, produced between 2009 and 2012. It comes with a 6.0-litre V12 engine, producing 510 bhp. It can go from 0 to 100 kmph in 4.3 seconds. The car also has a motorized retractable fabric roof and the ‘Bang & Olufsen’ speaker system.