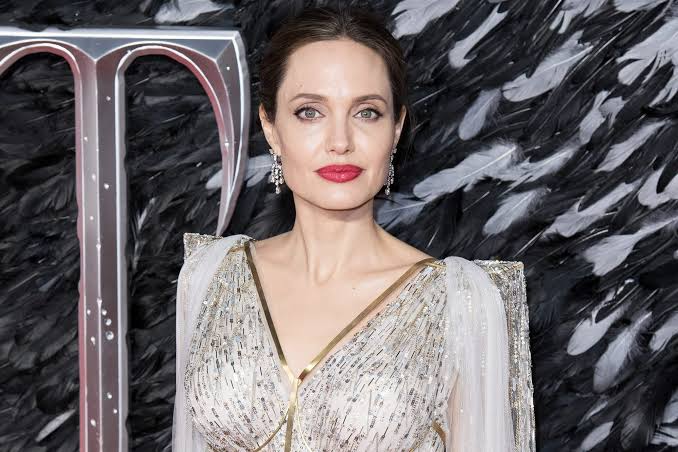 Angelina Jolie is an American actress, filmmaker and humanitarian. She has been one of Hollywood’s highest-paid actress several times. Jolie is the winner of several accolades such as three Golden Globe Awards and an Academy Award.

She began her career with ‘Lookin’ to Get Out‘, a 1982 movie as a child alongside her father, Jon Voight. She starred later in famous movies such as ‘Wanted‘, ‘Salt‘ and ‘The Tourist‘. Her latest outing was ‘Come Away‘, a fantasy film alongside David Oyelowo.

Being this famous, one can expect her car collection to be magnificent. Well, it is not wrong. She owns some of the best cars on the globe from both luxury and performance categories. In this article, we will talk about her beautiful car collection.

The Hydrogen 7 was claimed by BMW to be “World’s first production-ready hydrogen vehicle”. It was based on a gasoline-powered 760Li with a modified engine which allowed combustion of hydrogen as well as gasoline. This made it a bivalent engine. Only 100 units of the vehicles were produced to test the technology. Angelina was one of the first people who got their hands on this car. She arrived at the movie premiere of ‘Ocean’s 13’ in her brand new car with her then-husband Brad Pitt. This car is basically priceless as no official price was announced, but it sure would’ve been expensive than the regular 760Li.

Range Rover is one of the most popular SUV among celebrities. Angelina Jolie also owns one of these. Her Vogue model is equipped with a bundle of standard equipment such as a panoramic glass roof, auto lights and wipers, heated steering wheel, leather-wrapped seats, etc.

One of the favorite cars of Angelina Jolie, is her Lexus LS 460 F. She has been seen driving it countless times around California. This luxury sedan features enhanced three-dimensional mesh grille, a black grille surround and curved fog lamps. Inside of vehicle comes with comfortable yet sporty seats with large bolsters, paddle shifters and genuine aluminium trim.

Angelina Jolie’s garage has many outstanding cars and Jaguar XJ is one of the best. This model has come a long way from the first production model offering better luxury, comfort and signature styling of Jaguar. Moreover, it comes with a 3.0-litre V6 Petrol engine as standard along with enhancements. The cabin also speaks of luxury and comfort.

The GMC Acadia is the latest addition to Angelina’s garage. It is a crossover SUV manufactured by General Motors for GMC marque. It is capable to produce up to 230 horsepower and 350 Nm of torque. The car gets the latest GMC infotainment system with features like voice recognition and a high-res touchscreen with a simplified interface.

Another SUV in Angelina Jolie’s fleet is Volvo XC90. It has received a five-star rating from Euro NCAP, making it the safest vehicle in the fleet of the actress. The SUV comes with a host of features such as adaptive cruise control, lane departure warning system and many more. Inside, the vehicle is equipped with a tablet-like 9.0-inch touchscreen with all controls on it.

A fine example of brilliant engineering in Angelina Jolie’s garage is the Jeep Grand Cherokee. It is famous for its 4×4 capabilities. The car comes with either a 3.6 litre Pentastar V6 or a 5.7 litre Hemi V8 engine that is paired with eight-speed automatic transmission.

The Cadillac ESV, produced by General Motors is one of the Luxury SUVs in Angelina’s garage. It is a full-size seven-seater SUV that is around 5.77 meters in length. That makes sure that the interior is luxurious enough for the iconic actress. The car is equipped with a 6.2-litre V8 engine, producing 426 Horsepower.

The 2018 Mercedes Benz S 450 is the vehicle whose design speaks for itself and makes the rivals feel ashamed. It comes with features like Soft-close doors, air-ride adaptive suspension and other tech add-ons. It gets a 3.0-litre turbocharged V6 engine producing 362 HP and 487 Nm of torque.

Another favourite vehicle of Angelina Jolie is her Ford Explorer. This five-meter SUV is a pretty good choice for the star and her six children. The car has a 248 mm ground clearance which makes it perfect for travel purposes. It also has a six-cylinder 3.5-litre turbocharged engine that produces up to 380 horsepower. It can go from 0-100 kmph in six seconds.

The Luxurious Audi A8L is another one of the luxury cars in the garage of Angelina Jolie. Its presence speaks for luxury and elegance. The ‘L’ in the model name stands for its extended wheelbase, providing extra comfort and luxury over the standard A8 model. The car uses a supercharged 3.0-litre V6 engine that produces up to 333 Horsepower.