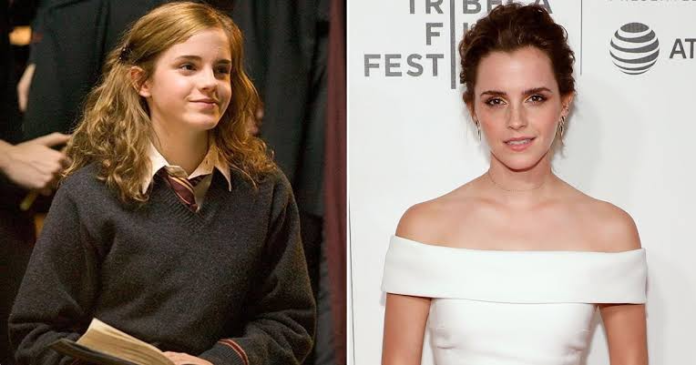 Emma Watson, the actress that needs no introduction; is also a model and activist. She is famous for her role in the Harry Potter film series. She has been among the world’s highest-paid actresses by Forbes and Vanity Fair. Emma is also one of the most influential people in the world, according to Time magazine.

After her family and pets, her cars are her most prized possession. Emma doesn’t have a lot of cars to flaunt, but the collection she has is very impressive. These vehicles are as simple but very attractive, just like the actress. Let’s have a look at her car collection:-

The Black Cadillac Escalade ESV is one of the most luxurious cars that the actress owns. The ESV model she owns costs more than $95000. The term ‘ESV‘ stands for Extended/Escalade Stretch Vehicle. It is a seven-seater vehicle with a V8 engine paired with eight-speed automatic transmission. The engine produces 420 HP and 460 lb-ft of torque.

Mercedes-Benz E-Class Cabriolet is another one of Emma Watson’s cars. The car is capable to produce a maximum power of 329 bhp and 480 Nm of maximum torque. It also comes with a host of safety features such as a Traction Control System, Electronic Stability Program, ABS, Tire Pressure Monitoring System, etc. It costs up to $68,000.

The Third-gen Audi S3 that Emma owns is powered by a two-litre TFSI inline-four engine that churns out 296 bhp of Maximum power and 380 Nm of maximum torque. It is capable of going from 0-100 kmph in 4.8 to 5.2 seconds and an electronically limited top speed of 249 kmph.

Lexus RX is a mid-size luxury crossover SUV produced by Lexus, the luxury division of Toyota. The Name RX stands for ‘Radiant Crossover‘. It is the Best-selling luxury SUV in the United States since its introduction. The model owned by Emma gets Adaptive Variable Suspension to adjust ride quality as needed.

Emma Watson owns a Third-gen Toyota Prius and is spotted multiple times in the car. The $30,000 car is very popular amongst other celebrities also. It is supposedly the first car that Emma drove. The car is a hybrid vehicle with features such as three user-selectable driving modes (EV, Eco and Power), Intelligent Parking Assist, Lane Keep Assist, etc.