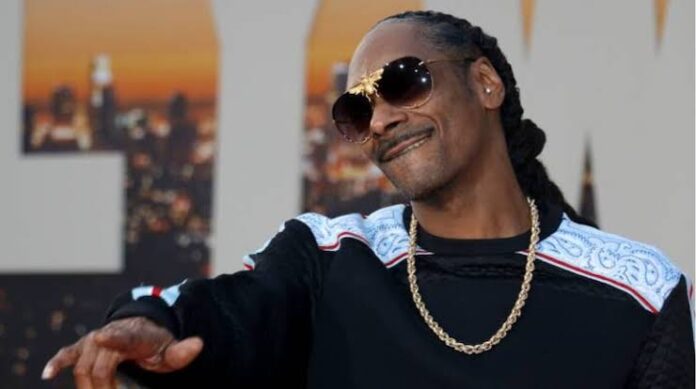 Calvin Cordozar Broadus Jr., also known as Snoop Dogg is a famous American Rapper. Other than that, he is also a singer, songwriter, actor, record producer, media personality and businessman. He debuted in Dr Dre’s debut solo single, ‘Deep Cover’ and from there, he started to rise to fame. Since then, he has sold more than 23 million albums in the United States and 35 Million albums worldwide.

Just like every celebrity, Snoop Dogg is also into cars. But unlike any other celebrities, he likes to keep his collection old school. That too being one-of-a-kind, power-packed and ultra-customized cars. Let’s have a look at what the renowned rapper owns:-

When a car is referred to as ‘The Batmobile’ by Snoop Dogg, One can immediately relate it to being a performance car. But here comes the SlingShot by Polaris, a lightweight three-wheeler; powered by a powerful 2.4-litre EcoTec engine. The engine produces 173 horsepower and 225 Nm of torque. The vehicle has been customized with a chrome blue paint job and a blinking purple and blue dashboard.

Snoop Dogg also owns a Ferrari 458 Italia that is painted in Chrome Red, adding glossy black accents. Black tinted windows and flashy lights complete its look. The vehicle gets power from a 4.5-litre V8 engine that accelerates from 0-100 kmph in 3.4 seconds. The top speed is limited to 340 kmph.

Snoop Dogg bought the Rolls Royce Ghost in 2017. The vehicle comes with a V12 twin-turbo engine that produces 562 horsepower and 820 Nm of torque. The luxury continues on the inside too. The clock fascia and instrument dials get polished metal chaplets. A and C pillars can be fitted with natural grain leather. Snoop Dogg flaunted the car in a now-viral video.

Lowriders are the cars that are customized with body lowered, so that it is closer to ground. Snoop Dogg is known for his love of lowriders. He also owns a few of them. This beauty here is customized by Big Slice. The car is completely painted with Lime Green colour.

It is one thing to be a fan and an entirely different thing is to dedicate what’s yours to that person. Snoop Dogg is a huge Lakers fan. He showed his love by paying tribute to the Late Kobe Bryant after he retired from NBA. He paid the tribute by dedicating his 1966 Pontiac Parisienne to him. It is painted in Lakers colours, i.e. yellow and purple. The hood features his paintings with other Lakers stars.

Another Pontiac in Snoop Dogg’s car collection. It is one year newer than the Lakers one and comes with a 5.7 L V8 engine. The interior of this unique custom-built car is the same yellow as the outside; inclusive of seats, steering wheel and dashboard.

What do you do to boost the sales of your product ? Hire a famous person to advertise. Chrysler did the same when they hired Snoop Dogg to advertise their cars in the 2000s. This move resulted in skyrocketing of the sales. Thus, the company rewarded the rapper with Chrysler 300C. To make this car his own, he let Big Slice customize the car by lowering it and installing chrome rims. The blacked out windows, tail-lights and the word ‘DUB’ on windows and trunk sealed the look.

Snoop Dogg’s cars are usually customized by Big Slice, but this one isn’t. Ford invited Funkmaster Flex; the New York DJ, rapper and producer to customize this Mustang for Snoop Dogg. This makes it a unique collector’s item. The car comes with Baurtwell custom tail-lights, a 3D carbon body kit and a tuned engine to make the car able to go from 0-100 kmph in 4.6 seconds.

This car was featured in Snoop Dogg’s 2006 hit album ‘Vato’. This silver car comes with a customized decal of Snoop Dogg with his wife and newborn daughter on the hood. It is the second-generation riviera which is longer and wider than the original.

When Dodge invited Snoop Dogg to test drive, he fell in love with the SRT8 Challenger. It was kind of like love at first sight. The muscle car comes with a 6.4 litre V8 Hemi engine that generates 470 horsepower and 637 Nm of torque. It can accelerate from 0 to 100 kmph in 4.50 seconds.

In March 2017, Snoop Dogg informed everyone via a tweet that he has taken delivery of a new Tesla Model X. The Model-X has received a five-star safety rating from National Highway Traffic Safety Administration (NHTSA). Its design is very unique which includes falcon-wing doors for passenger access. The rapper also had the car fitted with six seats.

A very popular car among celebrities, the Cadillac Escalade is a Status Symbol that says that you’ve accomplished your goal. Snoop Dogg though, sure has a thing for Cadillacs as his collection has four of them. Its rugged looks and matching performance suits Snoop Dogg perfectly.

This unique creation of Big Slice gets special decals depicting Snoop dressed in white and praying with his family. It is powered by a 7730cc V8 engine paired with a three-speed automatic gearbox. The engine is able to generate 375 Horsepower as stock.

This Cadillac owned by Snoop Dogg is named ‘Brown Sugar’, thanks to its colour. The car; again designed by Big Slice, features two chandeliers at the back while the rear shows the image of Snoop with his sons Corde and Cordell.

Last and the Best of Snoop Dogg’s Car collection is a ‘School Bus’. Don’t be surprised, it has been customized for the Los Angeles Football club called ‘Rowland Heights Raiders’. Snoop Dogg started coaching for the club in 2005. To make sure the players ride in style, he made Big Slice buy a school bus and customize it extensively. The Most Valuable Player in each game would get to play the Xbox in the bus while riding back home. A game for topping a game, right?