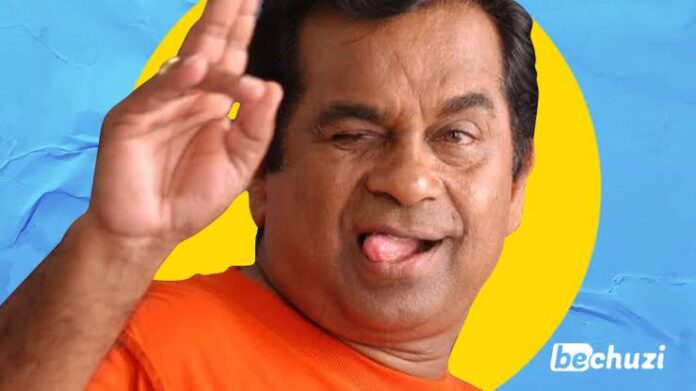 Kanneganti Brahmanandam, professionally known mononymously as Brahmanandam, is an Indian actor, comedian, and film director known for his works predominantly in Telugu cinema. He currently holds the Guinness World Record for the most screen credits for a living actor, appearing in over 1,000 films to date.

He was honoured with the Padma Shri, the fourth-highest civilian award in India, for his contribution to Indian cinema in 2009. Brahmanandam is known particularly for his comic expressions. One of the highest-paid comedy actors in India, Brahmanandam has garnered six state Nandi Awards, one Filmfare Award South, six CineMAA Awards, and three South Indian International Movie Awards.

The total net worth of Brahmanandam is estimated to be $45 Million, which in Indian currency is approximately 340 Crore Indian Rupee