The five-year pilot program is yet to be signed by California Governor Gavin Newsom.

The California State Legislature has approved a new bill that automates the Golden State’s enforcement of its ban against noisy automobiles from January 2023 through December 2027. According to Autoweek, Senate Bill 1079 proposes to utilise sound-activated cameras to catch loud cars in six West Coast towns. California Governor Gavin Newsom has yet to sign the new bill as of this writing.

California is recognised for its strict adherence to traffic restrictions, particularly in regards to emissions and the future of electric vehicles.

The five-year “sound-activated enforcement system,” according to SB 1079, uses cameras with sensors that trigger whenever the set noise levels surpass the limit. The cameras should be able to “capture a clear photograph of a vehicle licence plate” after being triggered.

Of note, the current legal limit for exhaust notes in California – 95 decibels for cars and 80 for motorcycles built after 1985 – will carry on should the bill gets signed by the governor. However, details on how the cameras can zero in on the offending vehicle amid the sea of cars, as well as how they can differentiate between cars and motorcycles, are not yet available.

The specific cities and roads where the automated enforcement will be employed are not specified in SB 1079. However, a spokesperson for California State Senator Anthony Portantino said that the city government will be tasked to determine which thoroughfares will have the sound-activated cameras, Autoweek reports.

Meanwhile, the new legislation has laid down regulations to protect road users. Signages will be mandatory before entering roads with automated enforcement, while first-time violators will not be charged with a fine. The city governments will also be required to develop payment plans, deferment options, and fine waivers for low-income offenders who exhibit a temporary inability to pay.

The amount of the fine for violators is not yet set as of this writing.

California isn’t the first state to employ an automated camera system to clamp down on noisy vehicles. New York is currently enforcing a similar system, which can incur a fine of $875 and above to violators. 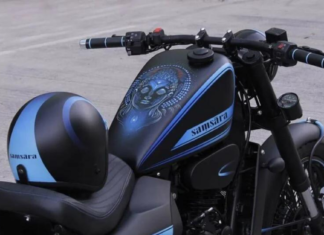 Contributor - May 19, 2022 0
Bajaj Auto is one of the country's largest motorcycle manufacturers, with a wide range of popular models. Despite the presence of powerful motorcycles, bobber...